VINTAGE PIANO WILL BE THE CENTERPIECE OF A COUNTY CHRISTMAS EXHIBIT 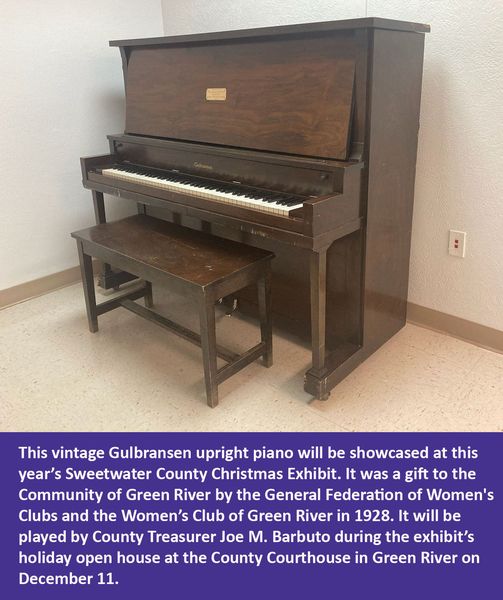 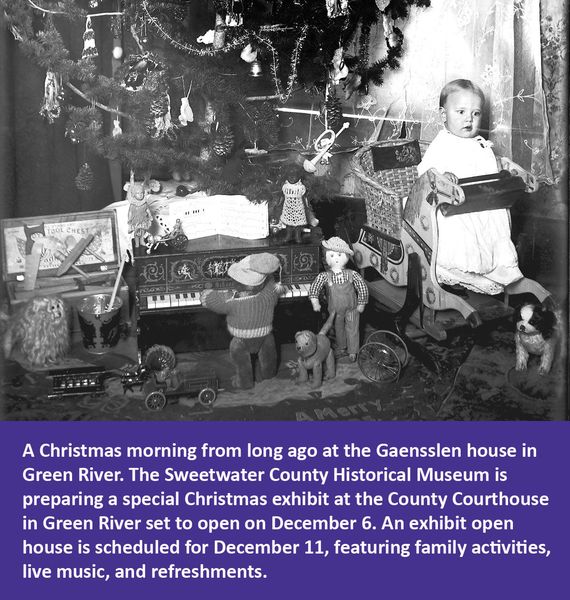 December 2, 2021
A fully-functioning vintage piano will serve as the centerpiece of a special Christmas exhibit being prepared by the Sweetwater County Historical Museum and sponsored by the County Commission and other county departments.
The exhibit will be on display in the Community Room in the basement of the Sweetwater County Courthouse from December 6 through the end of the year. The exhibit will showcase an old-time Christmas, including vintage toys and musical instruments, holiday decorations, and historical holiday photographs from around Sweetwater County.
A Holiday Open House special event will be held on Saturday, December 11, from 1:00 PM to 5:00 PM in the Courthouse Community Room. In addition to the exhibit, there will be family activities, children's crafts and games, live music, and refreshments.
Museum Director Dave Mead said the piano, a Gulbransen upright, was presented to the Community of Green River by the General Federation of Women's Clubs and the Women’s Club of Green River in 1928. The piano has been part of the museum’s collection since it was founded in 1967.
The piano has been in storage in the courthouse basement since the museum was moved from the courthouse to its current location in 2001. Garry McLean, Director of County Human Resources, recently arranged to bring the piano out of storage and have it tuned for the event.
The exhibit will be open to the public during normal courthouse hours from December 6 through December 30, 8:00 AM to 5:00 PM. The courthouse will be closed for holidays on December 24 through December 27, and December 31.