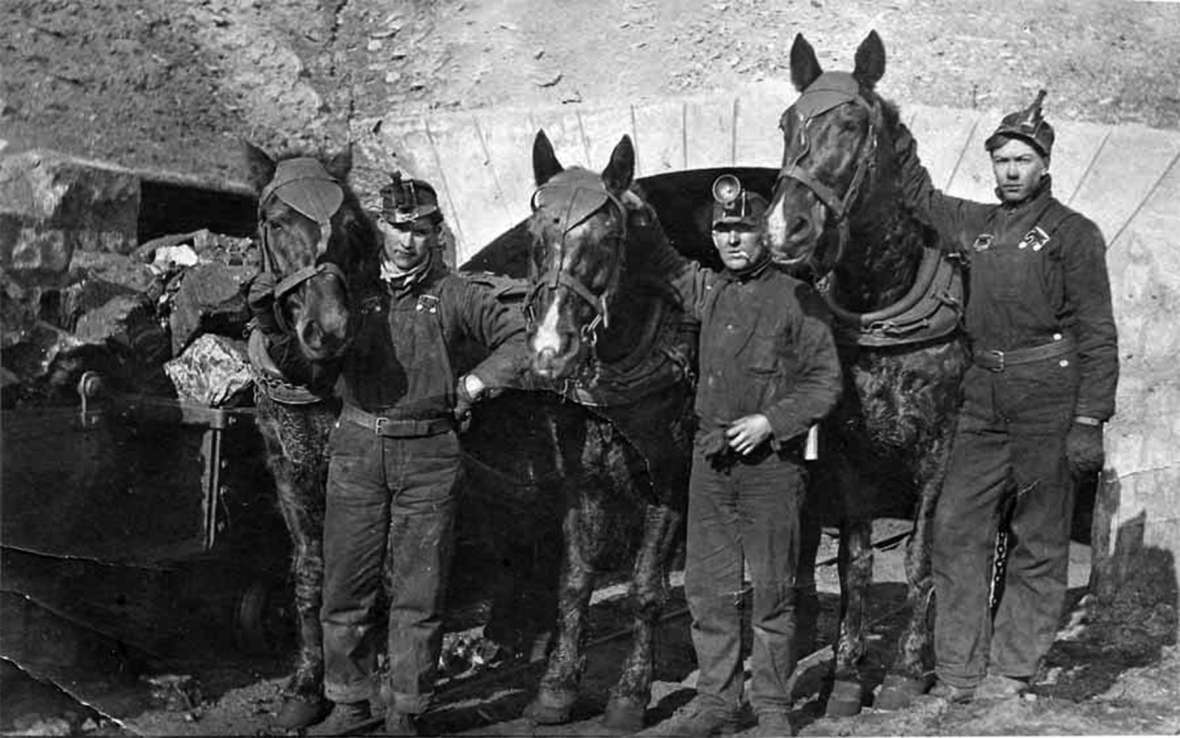 Joe Overy, James Duncan and Peter Robertson at the Reliance mine entrance, 1913. Horses were still used at the time to pull the coal carts from the mine. Later they would be replaced by a trolley-like system of coal cars. Sweetwater County Historical Museum photo.

From “Reliance - Last of the Sweetwater County Coal Camps”

“Consequently, the Union Pacific began constructing spur lines north from the main line to new or newly acquired mine sites. In 1906, a spur up Horsethief Canyon east of Rock Springs to the mines at Superior was completed, and in 1907, work began on a line to a site called Gunn, three miles north of the tracks on the western edge of the North Baxter Basin: The era of the Sweetwater County coal camps had begun.

“On March 20, 1910, miners began digging at a site seven miles north of Rock Springs. It was designated the Number One Mine, followed soon by numbers three and four, and the coal camp that sprang up near the mines was christened Reliance. Other camps followed over the years along the immense arc of the Rock Springs Coal Field, including Winton, Dines, Lionkol, East Plane and Stansbury.”

The complete article can be found at the WyoHistory website here.