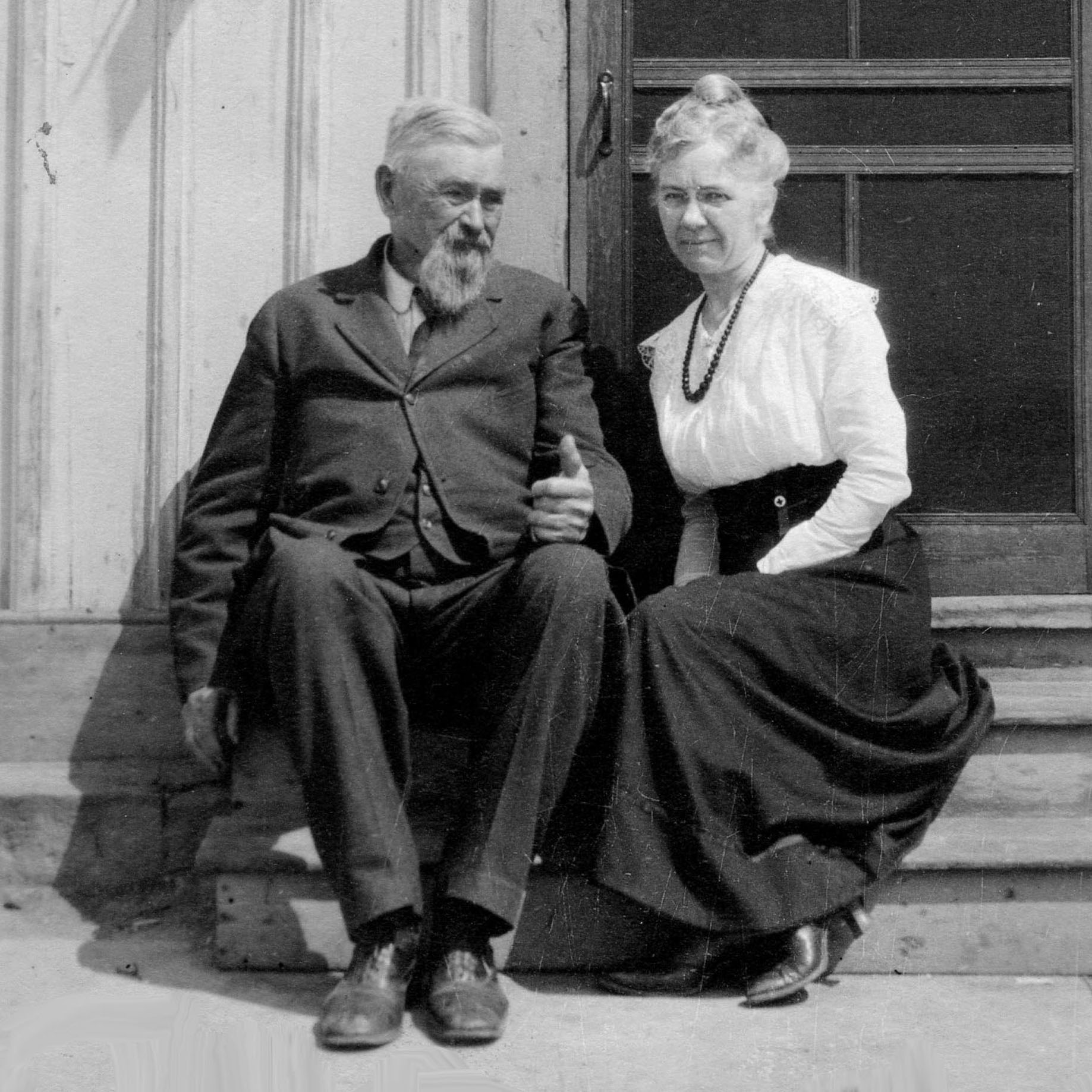 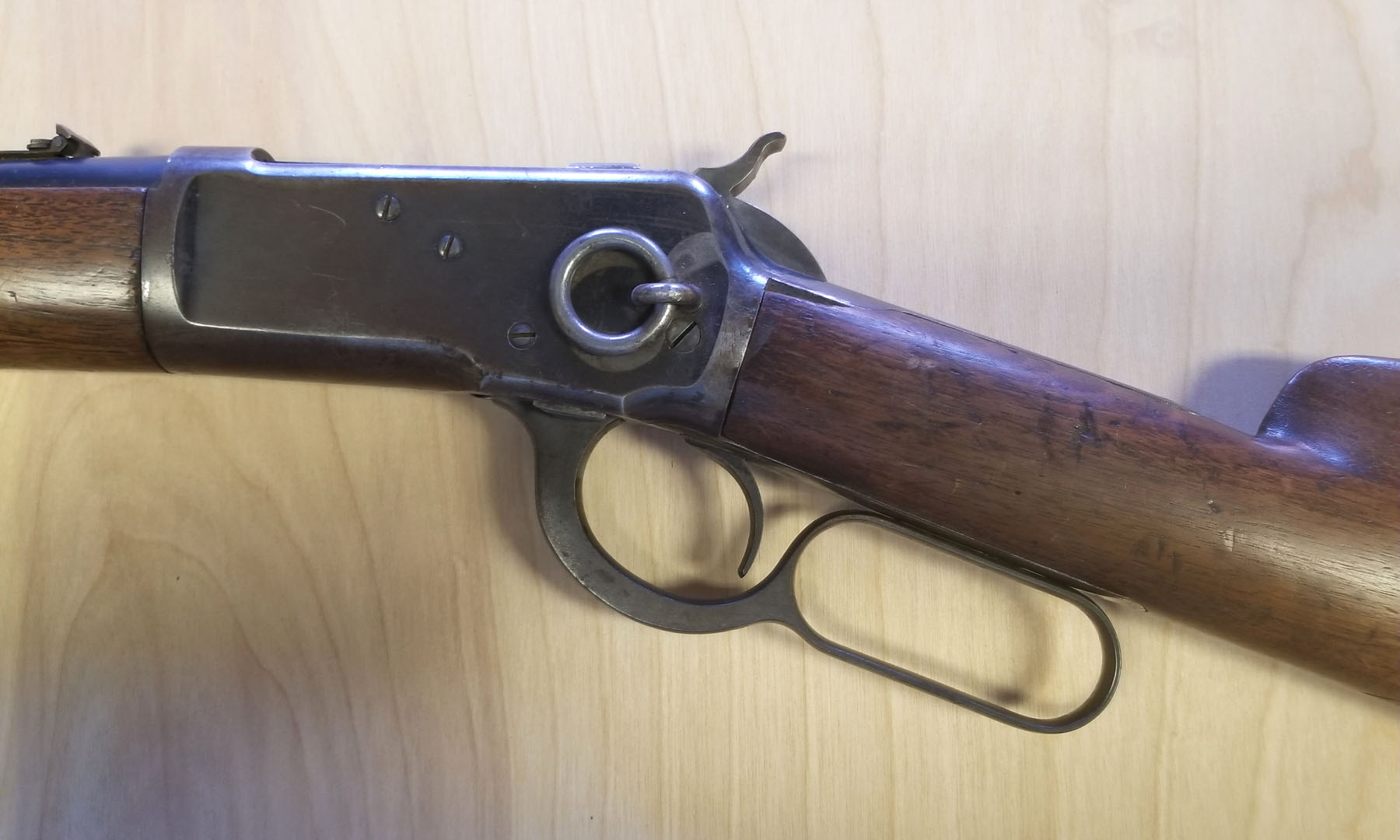 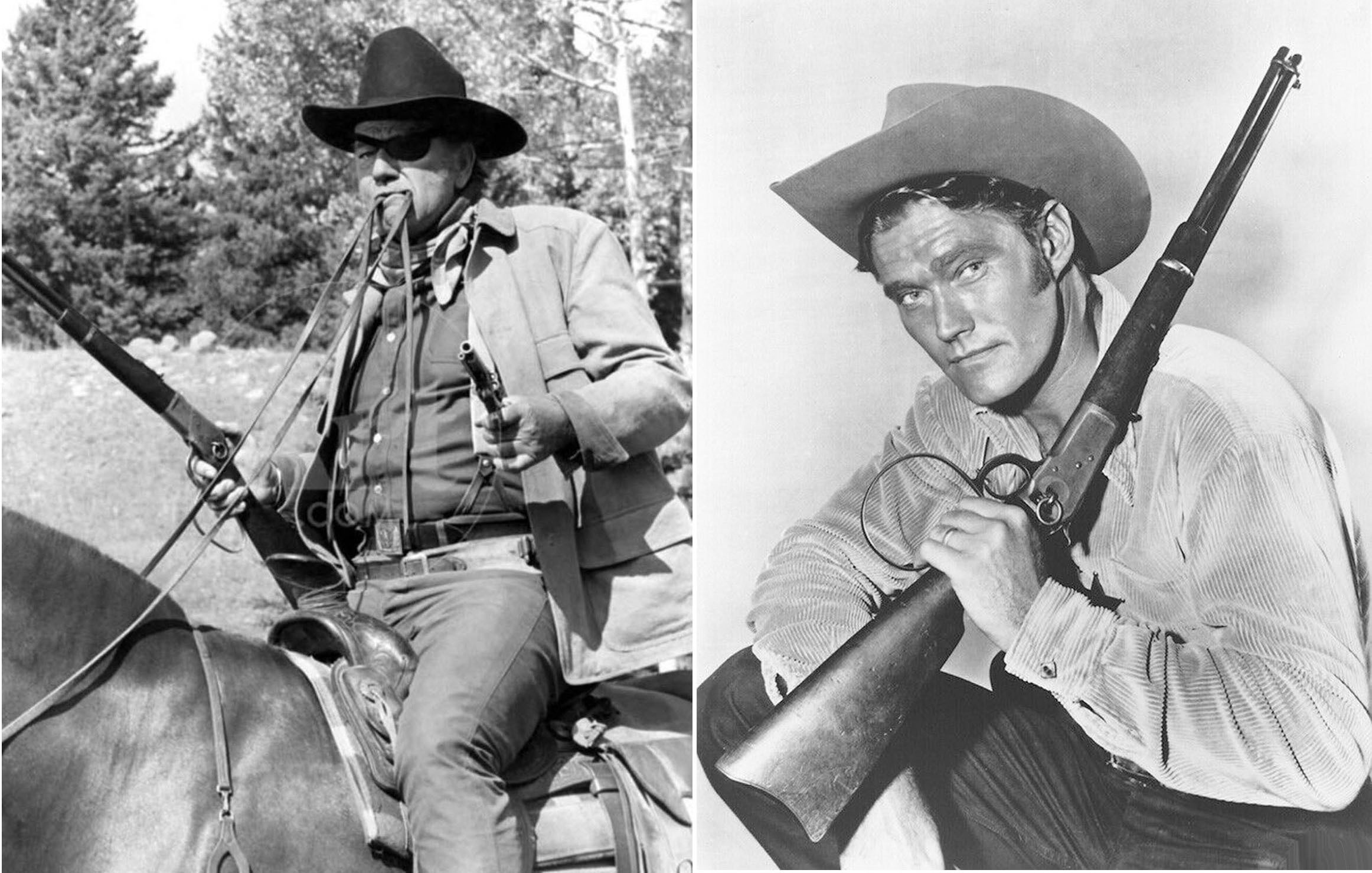 Photo #1 - Judge Joseph Payne and his daughter Jessie on the stoop of his Justice of the Peace Office in Green River, circa 1915

Photo #3 - The Payne Winchester is fitted with a “saddle ring.” Originally a feature of single-shot cavalry carbines, saddle rings, though largely superfluous well before the 1890s, remained a popular feature.

Born in Kentucky in 1838, Joseph Payne, Sr., came to Wyoming after his Civil War service with the 3rd Regiment, Colorado Cavalry.

His rifle is a lever-action Model 1892 Winchester carbine in .44/40 (.44 Winchester Center Fire), manufactured in the year the rifle was introduced, 1892. Nearly 20 years before, Winchester introduced its lever-action Model 1873, which, over time, (true or not), became known as “The Gun the Won the West,” a fast-handling lever-action that chambered pistol cartridges, a feature that permitted shooters to carry ammunition that interchanged with their long guns and Colt single-action revolvers, if they so chose.

Marlin was a strong Winchester competitor. When Marlin introduced its Model 1888 rifle, Winchester wanted a new lever-action of its own, and fast. In well under a month, designer John Moses Browning had produced a prototype that was essentially a scaled-down Winchester Model 1886, which was also his creation. That prototype became the Model 1892, which soon went into general production.

Learn more about this iconic firearm on our YouTube Channel: https://www.youtube.com/watch?v=98BCr5Sf-JA&ab_channel=SweetwaterCountyHistoricalMuseum

Museum Services Specialist Dick Blust said that those with a vintage firearm (or firearms) who would like to learn more about them are encouraged to contact the museum at (307) 872-6435 or via email at This email address is being protected from spambots. You need JavaScript enabled to view it.. There is no charge for the research service.