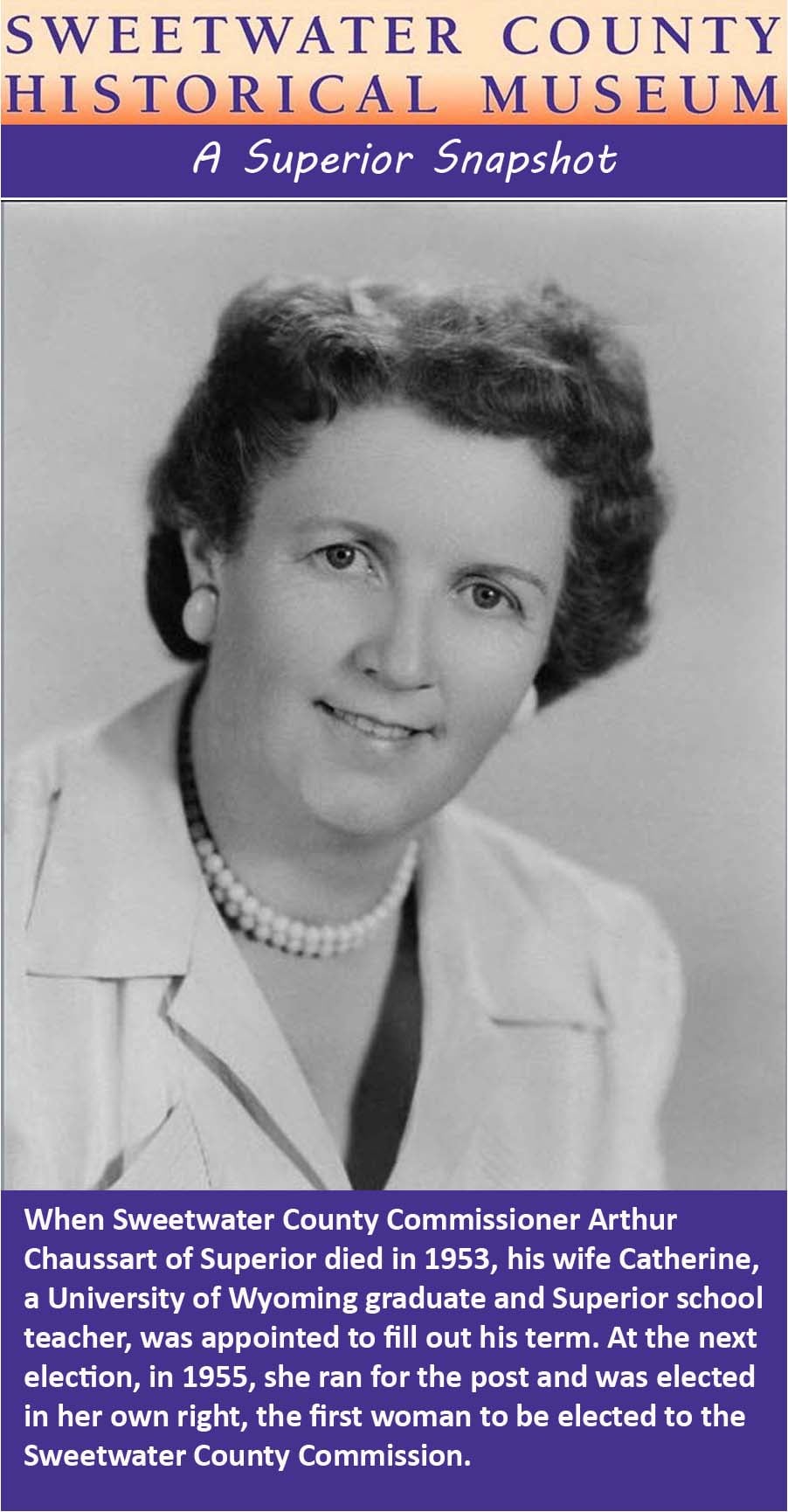 When County Commissioner Arthur Chaussart of Superior died in 1953 his wife Catherine, a University of Wyoming graduate and Superior school teacher, was appointed to complete his term. At the next election, in 1955, she ran for the post and was elected in her own right, the first woman to be elected to the Sweetwater County Comission."