THE STORY OF A ROCK SPRINGS LYNCHING 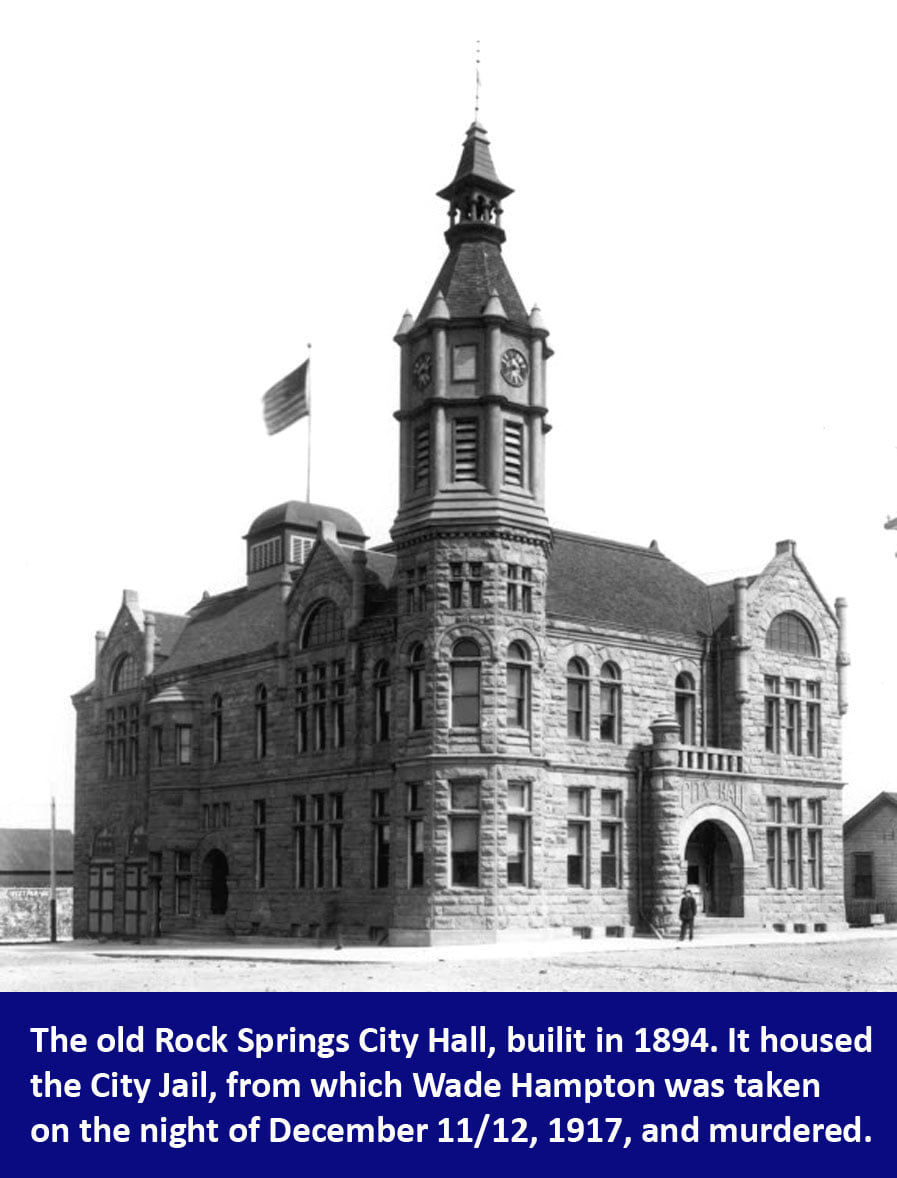 A dark chapter in Rock Springs history is the subject of a new online article at WyoHistory.org.

“A Lynching in Rock Springs,” by Dick Blust of the Sweetwater County Historical Museum in Green River, is the story of Wade Hampton. On the evening of December 11, 1917, Hampton, an African-American man, was formally charged with the attempted rape of three white women in Blairtown. Six hours later he was taken at gunpoint from the City Jail in Rock Springs and shot to death after an attempt to hang him from a railroad bridge failed.

No one was ever charged with Hampton’s murder. Nor were any arrests made when, one year later, nearly to the day, a Black railroad porter named Edward Woodson was lynched by a mob in Green River after he fatally shot one white man and wounded another after a meal counter altercation at the town’s train station.

Lynchings of that time in Wyoming were not limited to Sweetwater County. One, in 1912, even occurred within the walls of the Wyoming State Penitentiary in Rawlins. But lynching has always claimed many times more Black lives than White. Writing in “Annals of Wyoming” in 2009, historian Todd Guenther noted that “During the years of 1904 to 1920, when the majority of Wyoming’s black lynchings occurred, none, not a single one of the hundreds of Wyoming Caucasians accused of similar crimes was lynched.”

WyoHistory.org is the Wyoming State Historical Society’s online project. “A Lynching in Rock Springs” can be found at

WyoHistory.org also features a story about the Edward Woodson lynching at