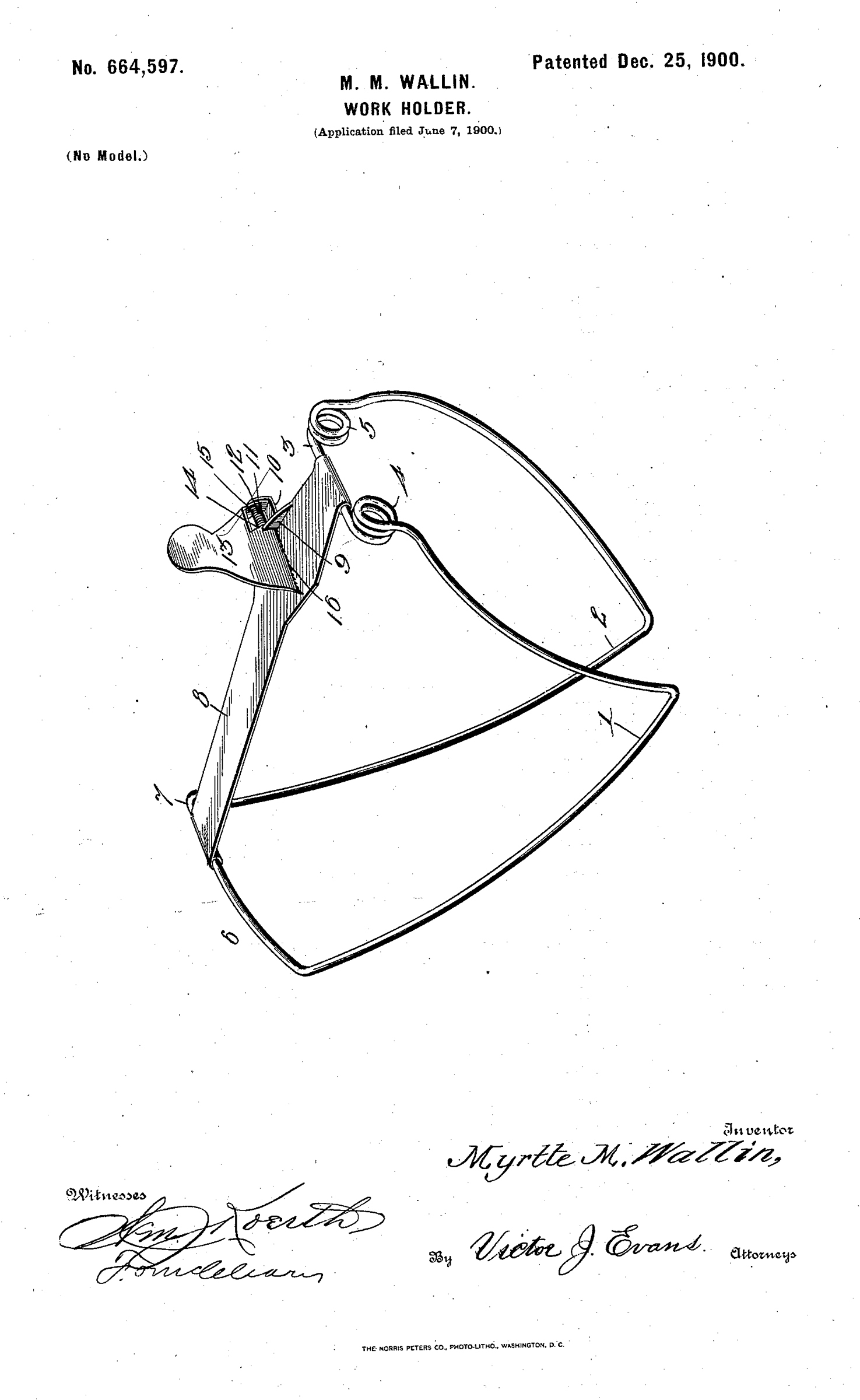 According to the Sweetwater County Historical Museum in Green River, on December 25, 1900, Myrtle M. Wallin was granted Patent #664597 for a device she called a “Work Holder,” for which she’d made application on June 1 of that year.

An excerpt from her application reads as follows:

“Be it known that I, MYRTLE M. WALLIN, a citizen of the United States, residing at Rock Springs, in the county of Sweetwater and State of Wyoming, have invented new and useful Improvements in Work-Holders, of which the following is a specification.

“My invention relates to workholding devices for seamstresses, the object being to provide a simple and inexpensive device adapted to fit upon the knee of the user to clamp and hold the work, especially while basting, hemming, or gathering.”

Little is known about Wallin, though it is believed she was born in Missouri, probably in 1875, and lived on D Street in Rock Springs with her husband, Gustaf Wallin, a carpenter born in Sweden.

Other Wyoming patent firsts include the first one issued to a Wyoming Territory resident, granted to George Choate of Albany County on April 12, 1870, for an improved shovel handle, and the first patent granted a Wyomingite after statehood in 1890, issued to James N. Farlow of Lander on November 11, 1890, for a “improved friction wrench.”