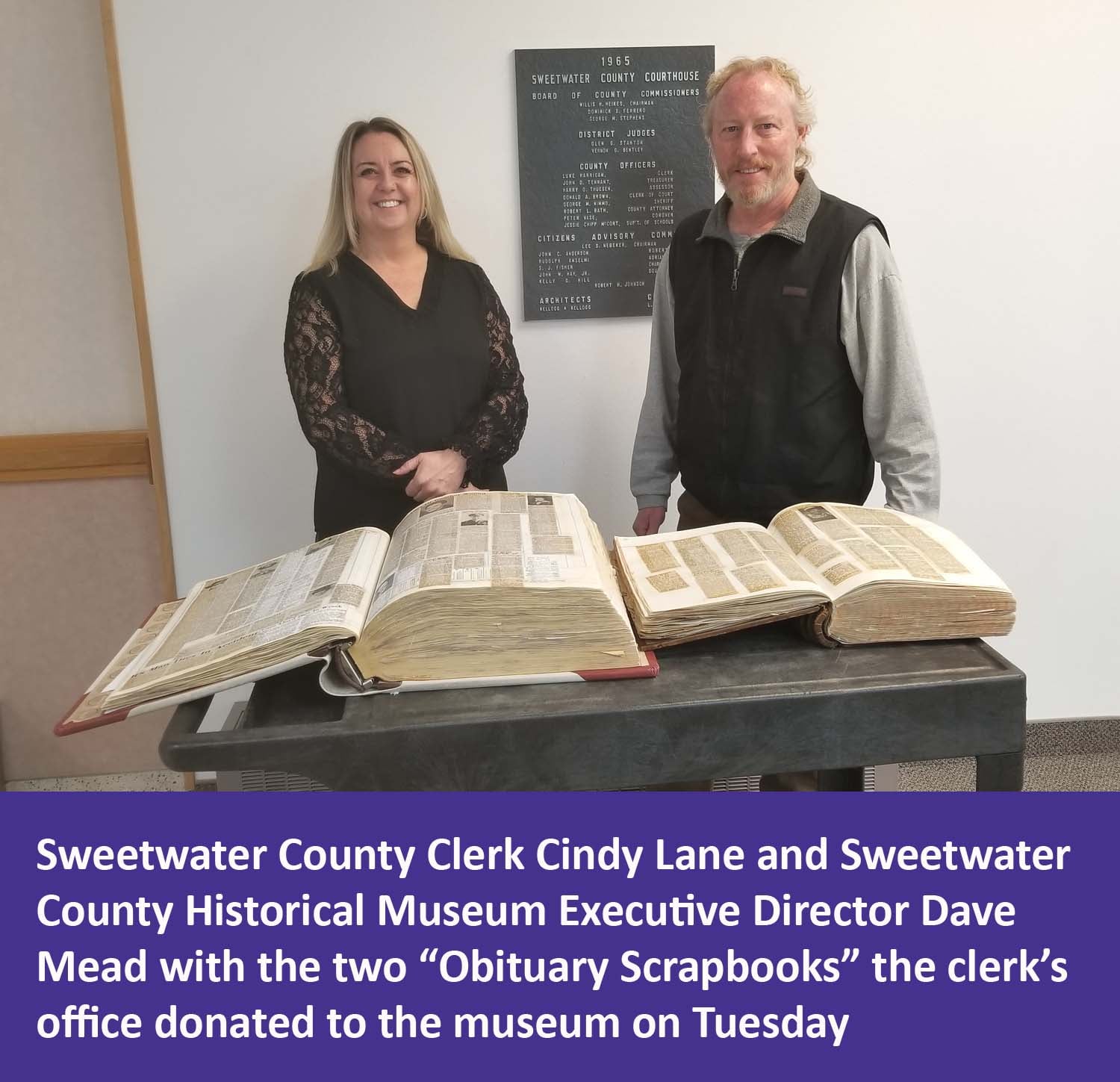 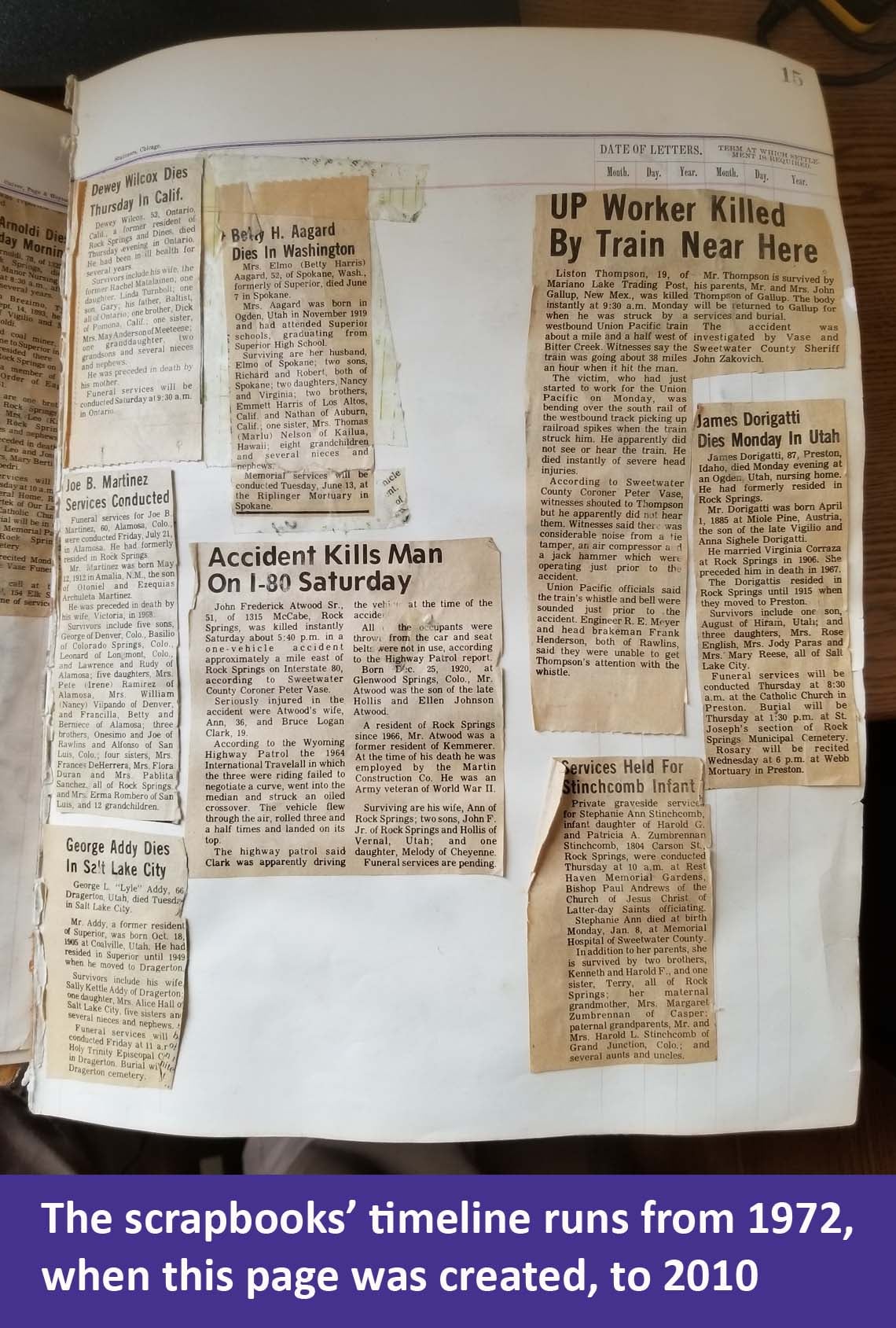 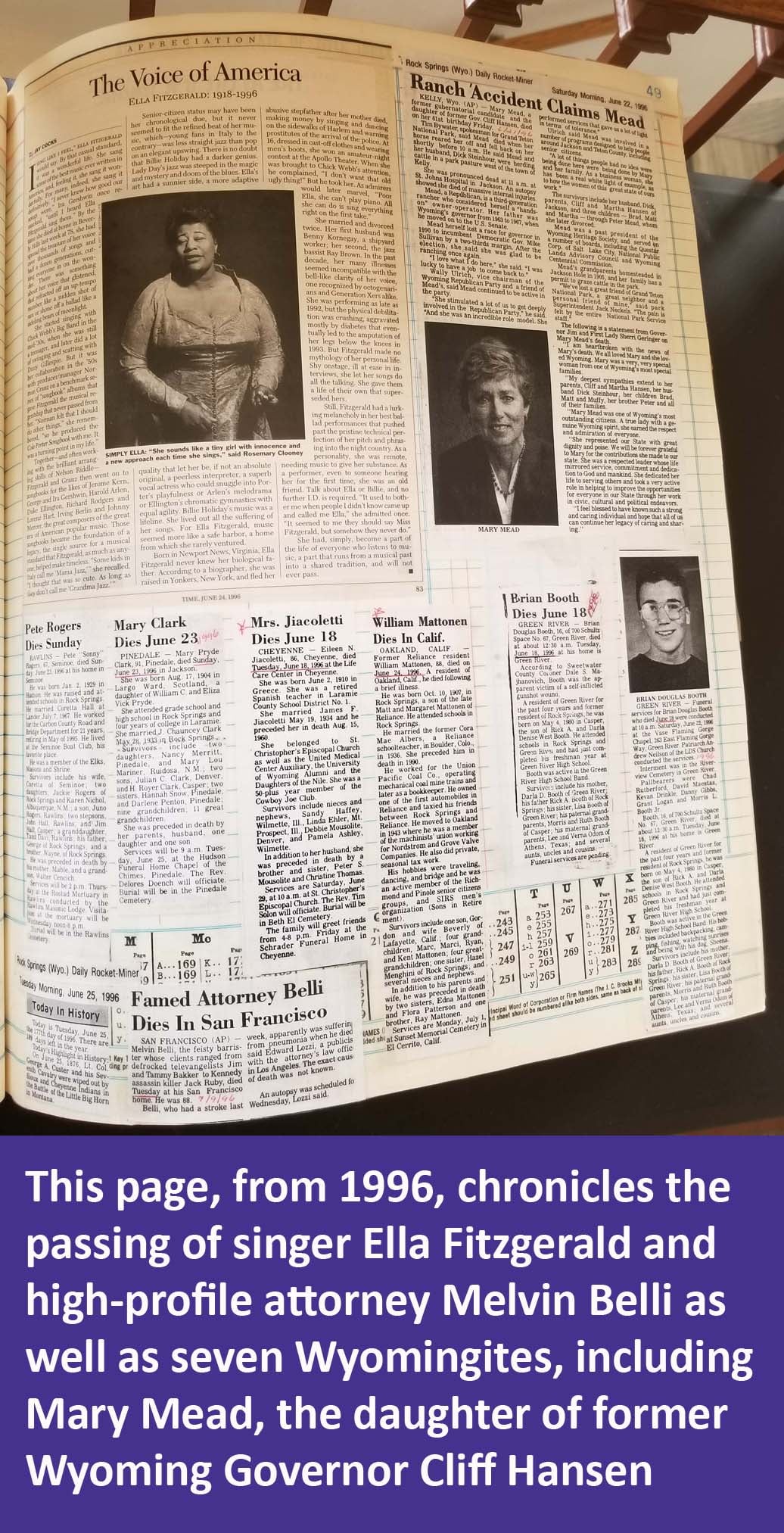 Photo #3 - This page, from 1996, chronicles the passing of singer Ella Fitzgerald and high-profile attorney Melvin Belli as well as seven Wyomingites, including Mary Mead, the daughter of former Wyoming Governor Cliff Hansen

Sweetwater County Clerk Cindy Lane explained that among a Wyoming county clerk’s office’s responsibilities is keeping track of deaths in the county to ensure that county residents who have passed on are removed from the voter rolls.

In 1972, a number of deputy county clerks began clipping Sweetwater County obituaries, pasting them into special scrapbooks. The practice continued until 2010, resulting in two very large scrap journals containing many hundreds of obituaries, not only from Sweetwater County, but around the world, primarily those of celebrities.

Lane contacted the museum not long ago about donating the books in order to preserve them and Executive Director Dave Mead took possession of them on behalf of the museum Tuesday.

Mead said the museum is making the “Obituary Scrapbooks” available for those who wish to examine them. Located at 3 E. Flaming Gorge Way in Green River, the museum is open from 9:00 AM to 5:00 PM, Tuesday through Saturday. There is no charge for admission.