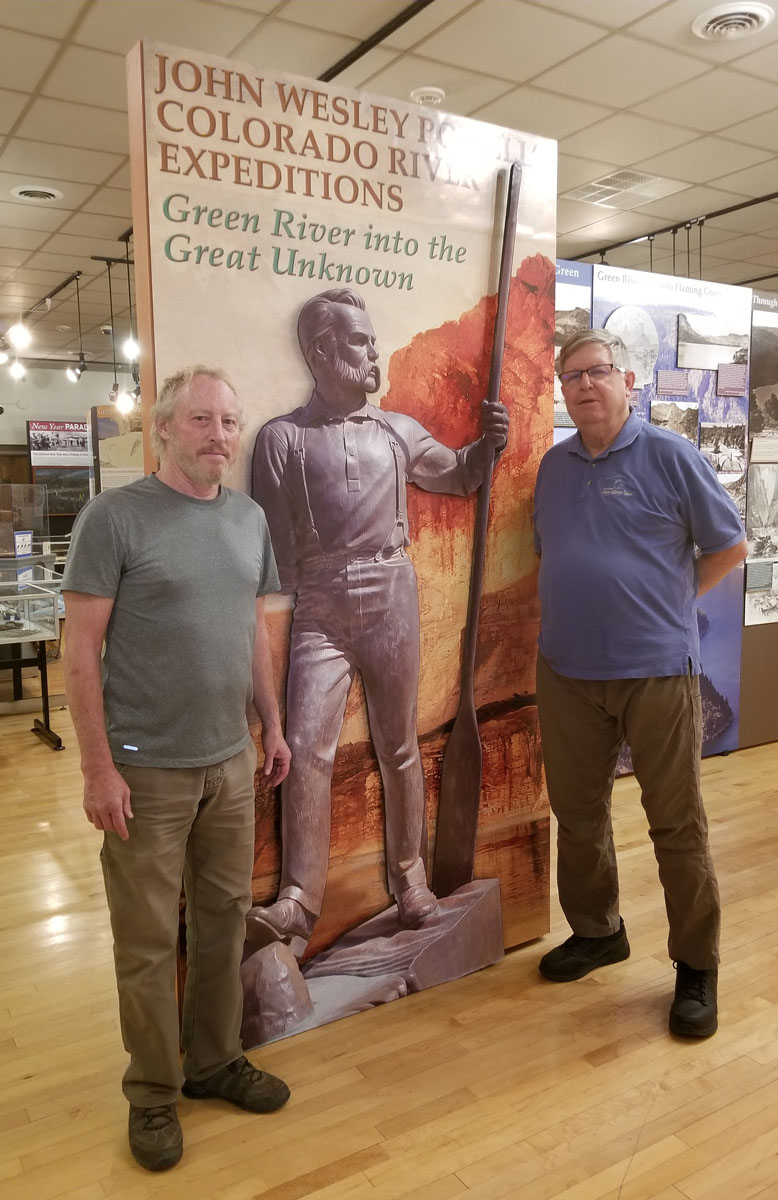 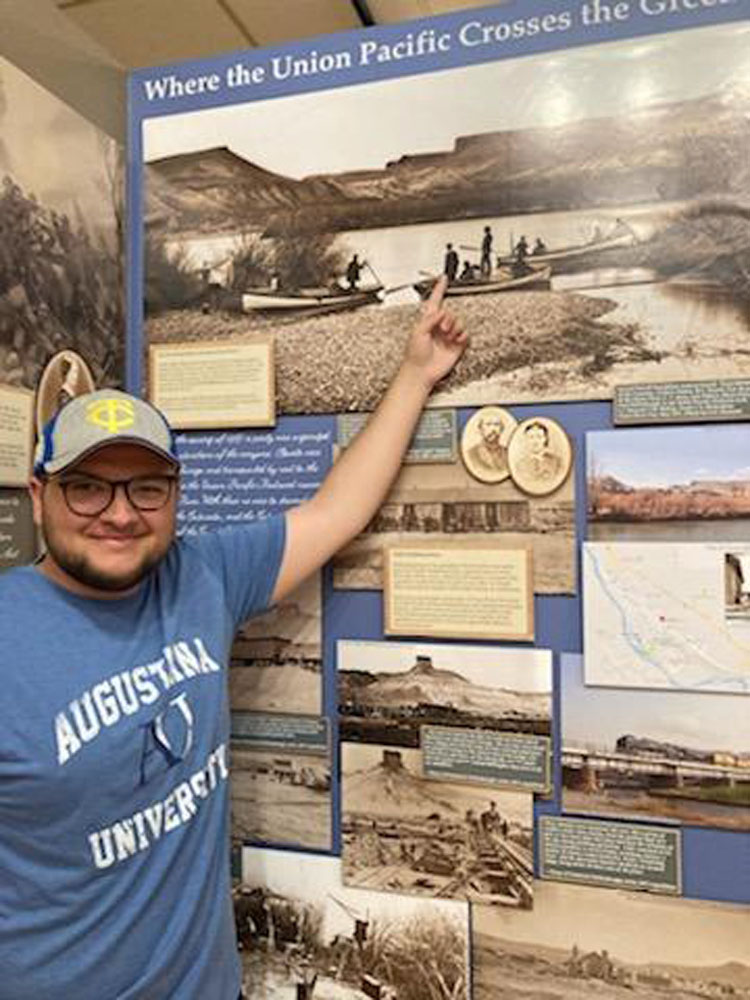 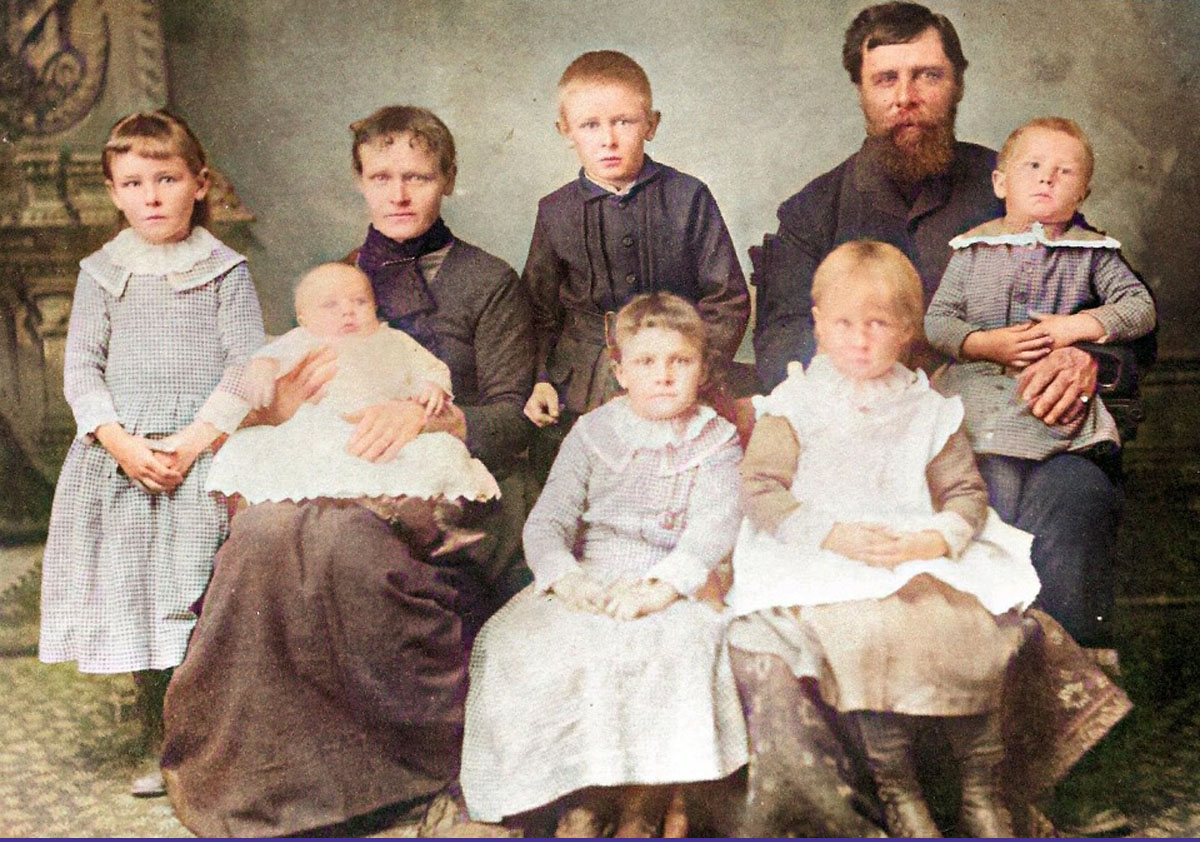 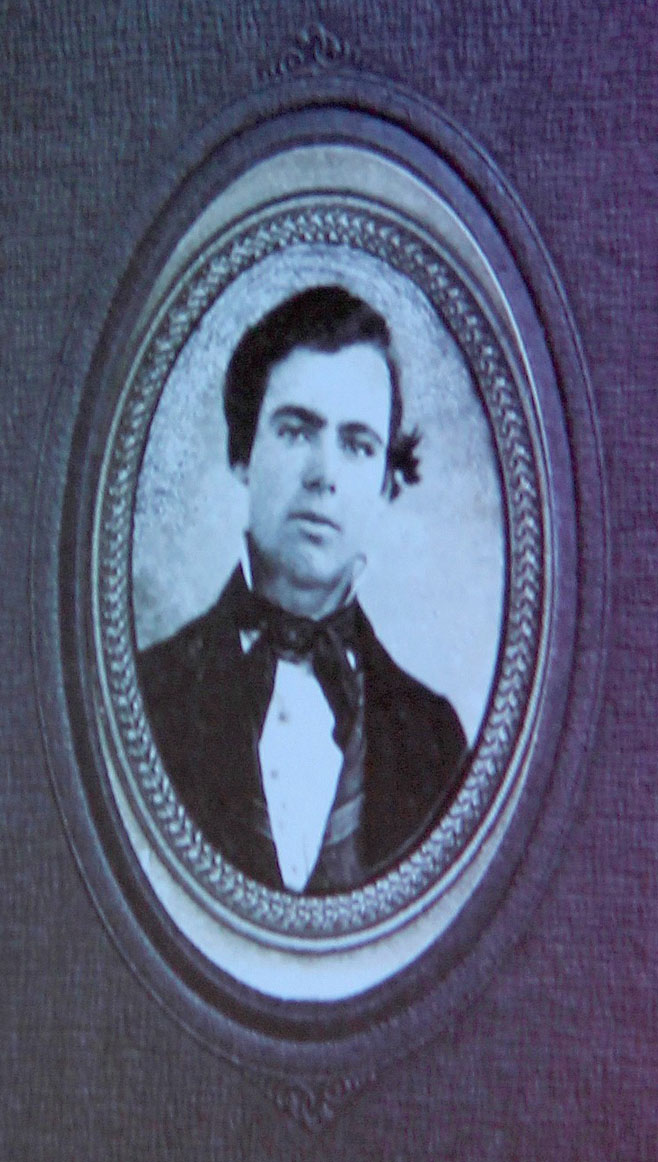 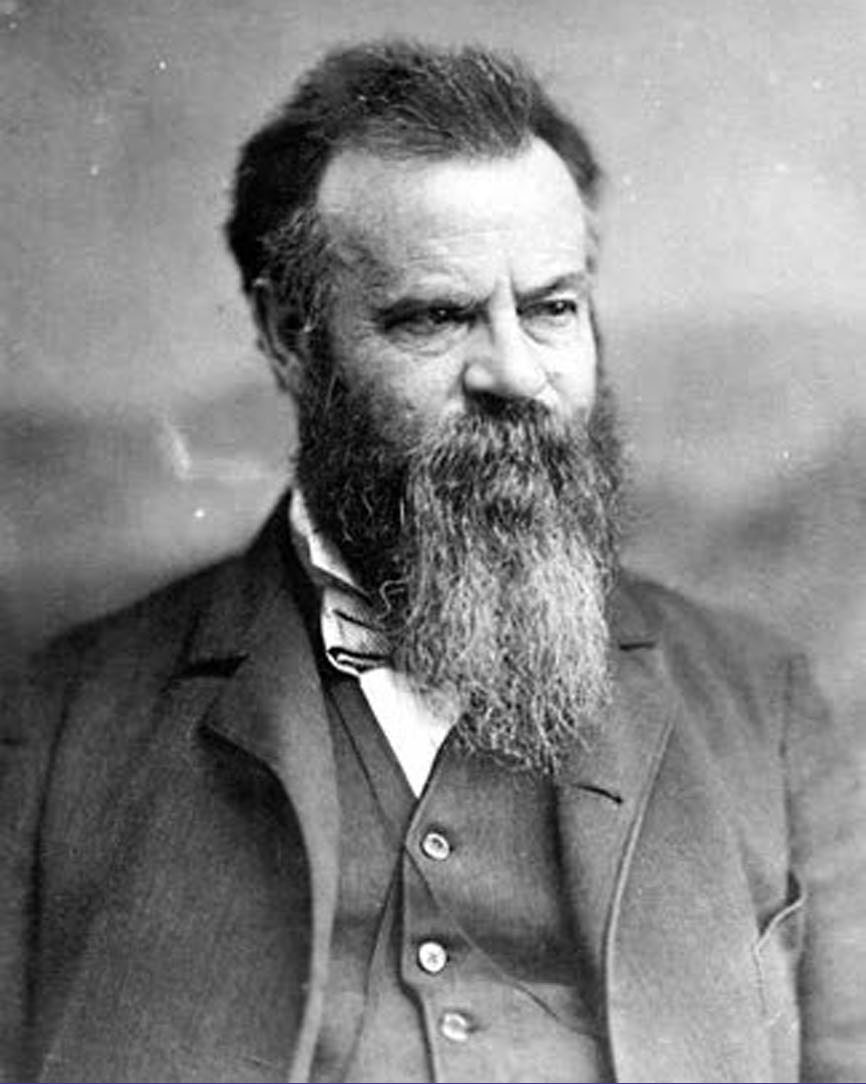 Photo #3 - A colorized photo of Frank Goodman with his family, taken in later years.   (Courtesy of Eric Peterson. Used with thanks)

Photo #5 - John Wesley Powell, who led both the 1869 and 1871 expeditions from Green River through the Grand Canyon, despite the loss of his arm during the Civil War

Eric Peterson of San Marcos, Texas, is the 2nd great grandson of Frank Goodman, who took part in Powell’s first (1869) expedition. A young Englishman who fought during the Civil War with the New Jersey Volunteers and afterward became a trapper for the Hudson’s Bay Company in British Columbia, Goodman actually met Powell for the first time in Green River and was there recruited, the last man to join up for that original trip.

Elijah Manzer, Brookings, South Dakota, is the 3rd great grandson of Stephen Vandiver Jones, an Illinois teacher and school principal, was one of the 1871 expedition’s “topographical assistants” to Almon Thompson, a cartographer and entomologist.

While ten men in four boats left what was then called Green River City on May 24, 1869, only six completed the journey - three months of hardship, treacherous rapids, near-drownings, and loss of boats that covered some 900 miles. On August 28, only two days before the expedition reached its destination, the mouth of the Virgin River, three men, brothers Oramel and Seneca Howland and Bill Dunn, left on foot and were never seen again. There are several theories about their disappearance; many historians believe they were killed by hostile Indians.

The three were not the first to leave. Since the departure from Green River City, Goodman’s performance had been less than stellar, and in July he told Powell he wished to leave. The two parted on good terms. Eventually, Goodman made his way to Vernal, Utah, where he settled down and raised a family.

Soldier, scientist, educator, explorer, geologist, ethnologist, and writer, Powell, who lost is right arm fighting for the Union at the Battle of Shiloh in 1862, was appointed the second director of the U.S. Geological Survey in 1881, a post he held for 13 years. He died in 1902.

The museum has an extensive series of exhibits on Powell, his expeditions, and his life and achievements. The museum is located at 3 E. Flaming Gorge Way in Green River. Hours are Tuesday through Saturday, 9:00 AM to 5:00 PM, and admission is free.