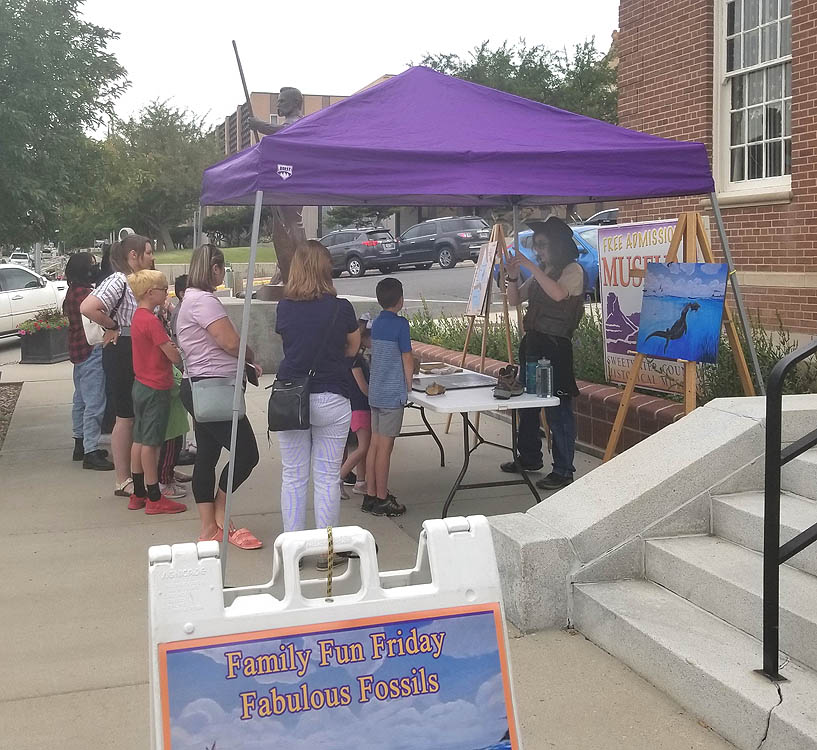 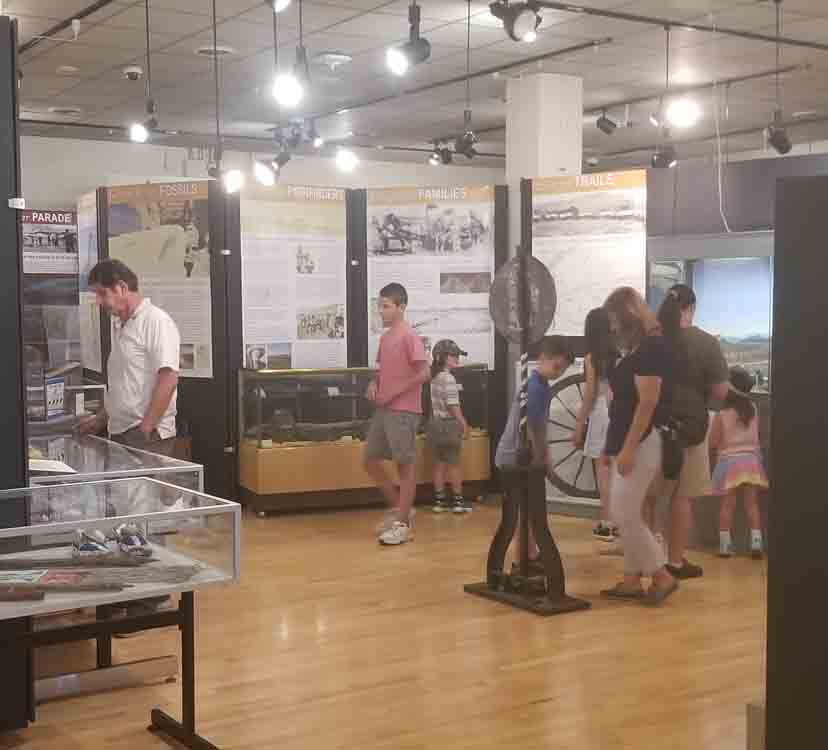 Photo #2 - Children at the Museum’s special event on Friday got hands-on experience in digging their own fossils, just as paleontologists do at actual dig sites.

Photo #3 - Many who attended Friday’s event toured the Museum afterward. Gallery exhibits include prehistoric life in Sweetwater County, Native Americans, the mountain men, frontier-era emigrants, ranching, coal and trona mining, the Lincoln Highway, the Chinese in Rock Springs, the railroad, and John Wesley Powell’s expeditions down the Green and Colorado Rivers and through the Grand Canyon.

Children at the event got to handle and explore variety of fossils, including Knightias, which are Wyoming’s official State Fossil, and learned firsthand how paleontologists use trowels, brushes, and screens to dig and sift for fossils in a dig pit.

Other family-friendly events are planned at the Museum for the near future, including gold panning, adobe brick making, and Native American basket weaving.

The Museum is located at 3 E. Flaming Gorge Way in Green River. Hours are 9:00 AM to 5:00 PM, Tuesday through Saturday, and admission is free.