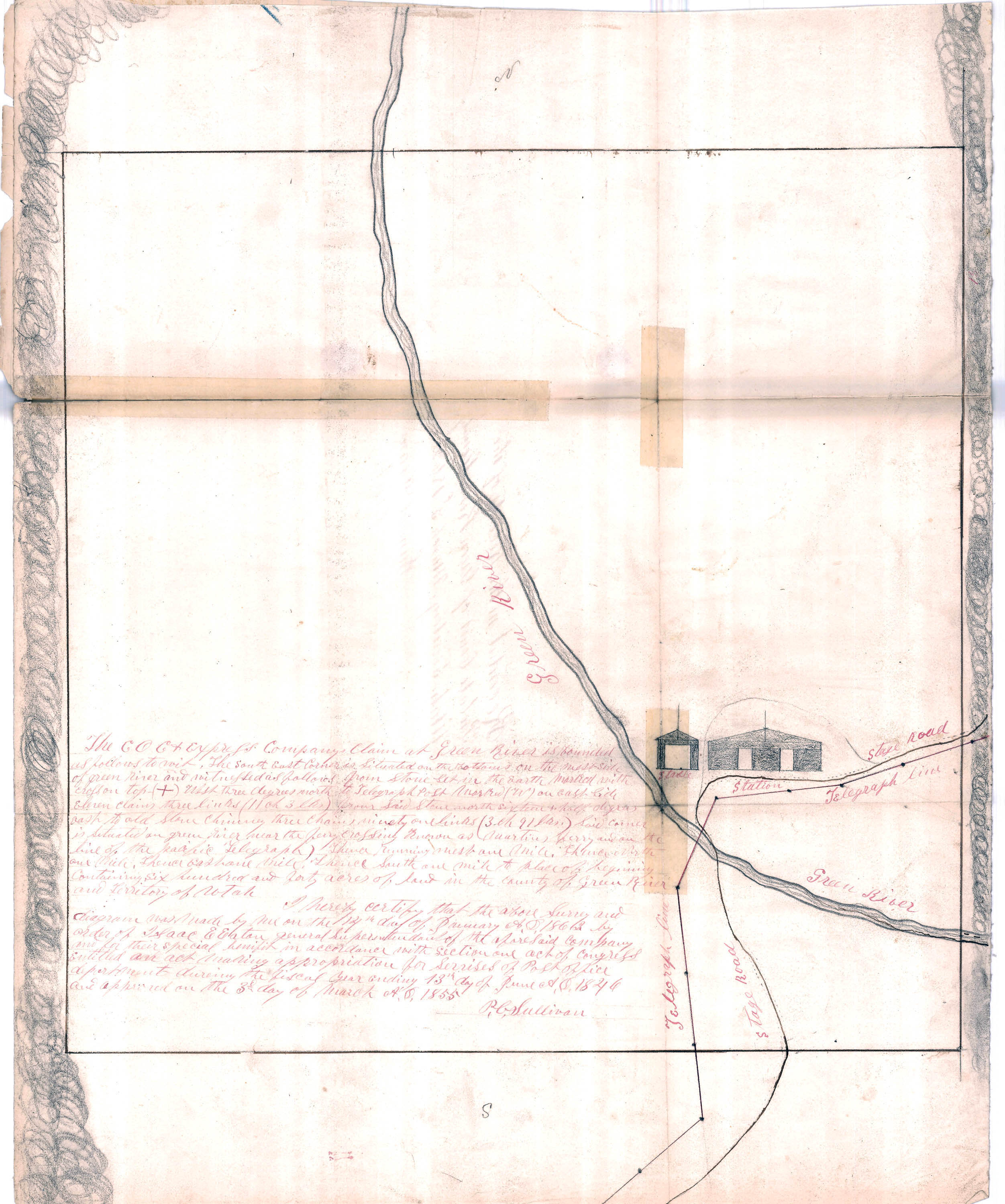 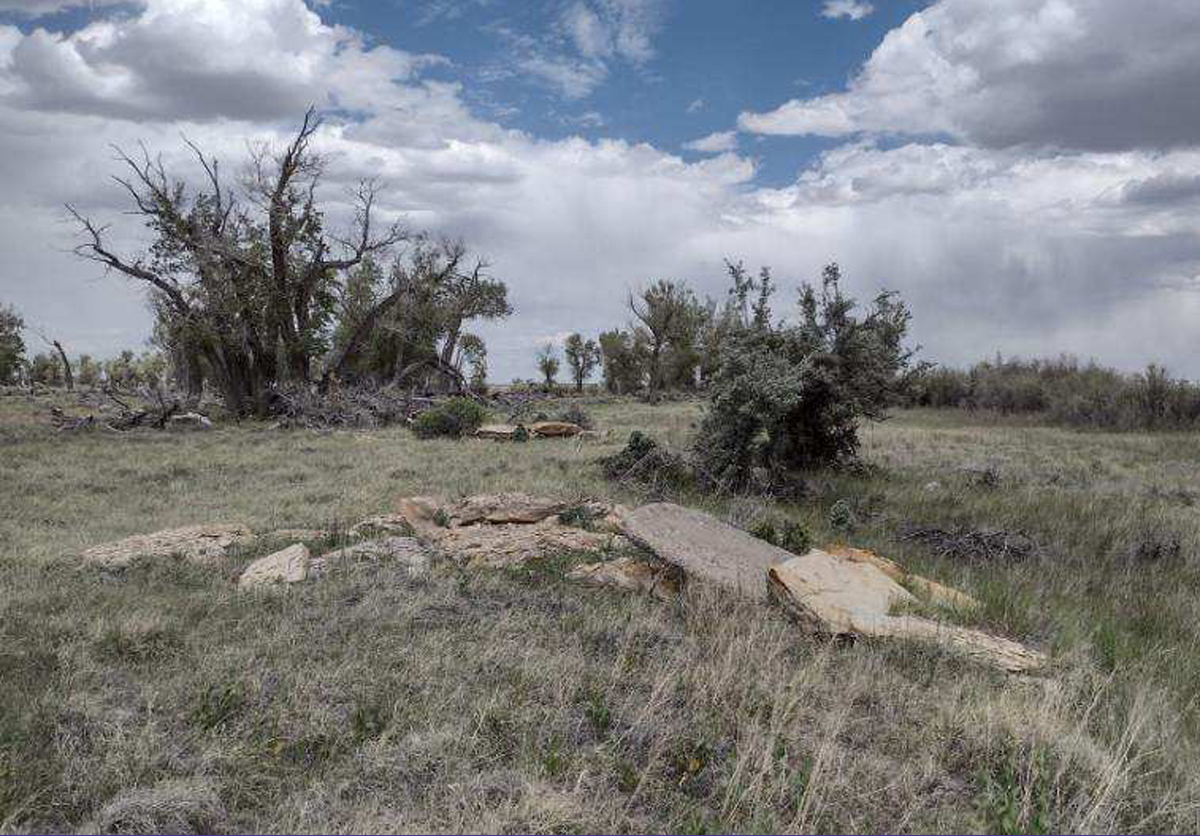 Graphic #2 - A sketch from 1862 laying claim to 640 acres at Green River Station, now in the possession of the Wyoming State Archives in Cheyenne. Note that the original Transcontinental Telegraph Line also crossed the Green River at the site.

(Sweetwater County, Wyo. - August 25, 2022)      The county seat of Sweetwater County was not the first community in Wyoming named “Green River,” according to a new article on WyoHistory.org.

What is now Sweetwater County was once in Green River County, Utah Territory, created in 1852, and existed until 1868, with the establishment of Wyoming Territory. Green River Station was one of a number of fords and ferry sites across the Green used by emigrants traveling the Oregon, California, and Mormon Trails, as well as stagecoaches and Pony Express riders.

The Station was home to the first Post Office in what would later become Sweetwater County, established in 1853, as well as “‘five stores and one Indian wigwam, which served as a saloon,’ as well as six cabins where people lived, including the station keeper, stagecoach drivers, riders, and stock tenders for spare horses.”

Little is now left of Green River Station, which faded away and died in the years after the railroad arrived in Sweetwater County in 1869.

WyoHistory.org, a project of the Wyoming State Historical Society, is an extensive online resource for articles and information on Wyoming history.