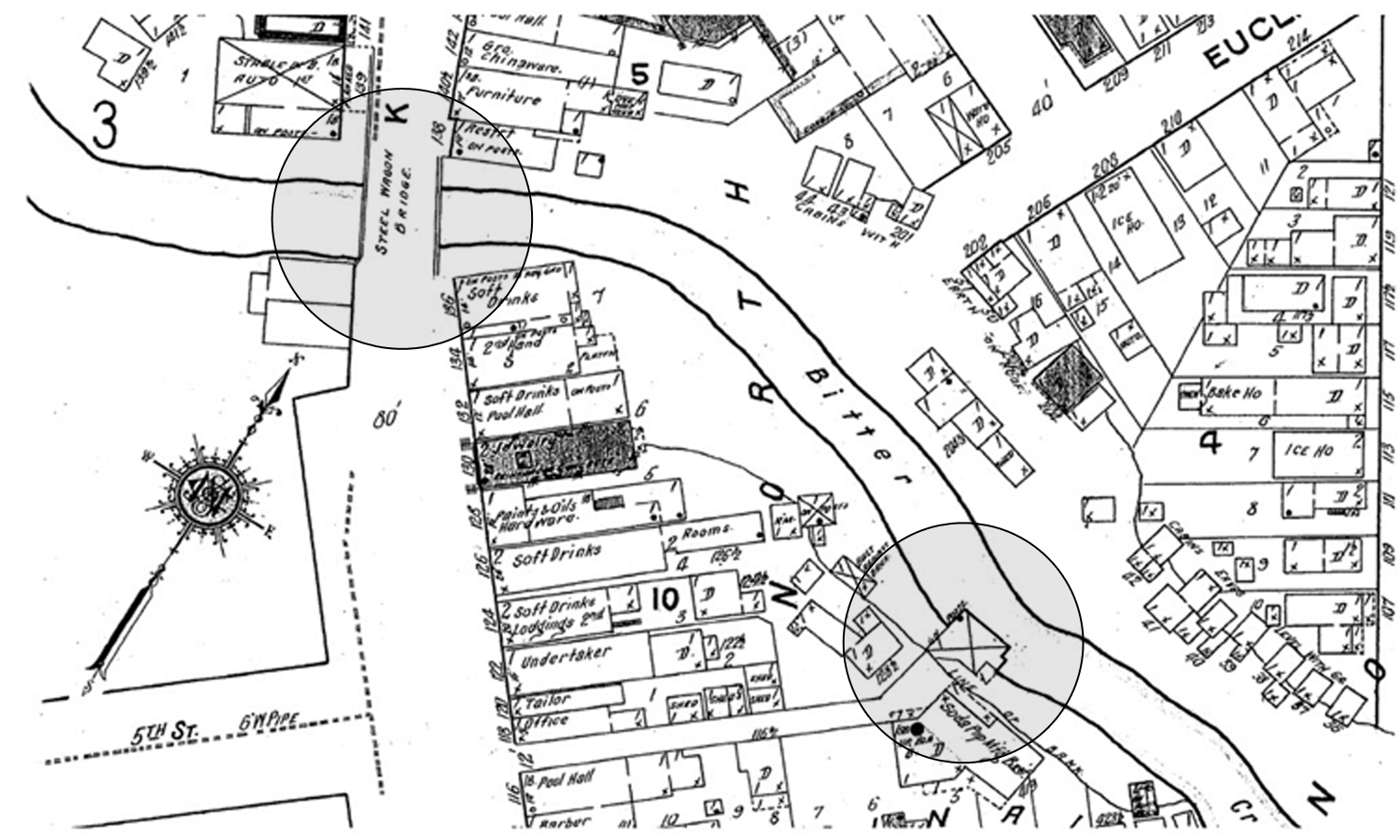 (Sweetwater County, Wyo. - October 27, 2021)     Roger Varley of Point of Rocks recently contacted the Sweetwater County Historical Museum in Green River with an inquiry concerning the museum’s article and Facebook post about the steel wagon bridge that once ran across Bitter Creek, connecting K Street with Pilot Butte Avenue. What, he asked, was the feature or structure on the Sanborn Map that appeared to extend out over Bitter Creek southeast (upstream) of the bridge?

Museum staff have determined that the structure was a stable at the end of an alley, further that a stable had existed at that particular spot going back as far as 1904. (The Sanborn map used in the article is dated 1920.)

Staff members also noted that the stable is marked “ON POSTS.”  In the days when Bitter Creek ran through downtown Rock Springs, many buildings along its channel were constructed on posts driven into the ground instead of conventional foundations.

For many years, Bitter Creek was an eyesore and a sanitation problem, as it was little more than a garbage dump. In the mid-1920s, Mayor Chris Bunning headed up the effort to rechannel the creek to its present course and clean the area up. One result was creation of a fine new park northwest of the wagon bridge, which later came to bear his name:   Bunning Park.