A Wild Bunch Winchester at the Sweetwater County Historical Museum 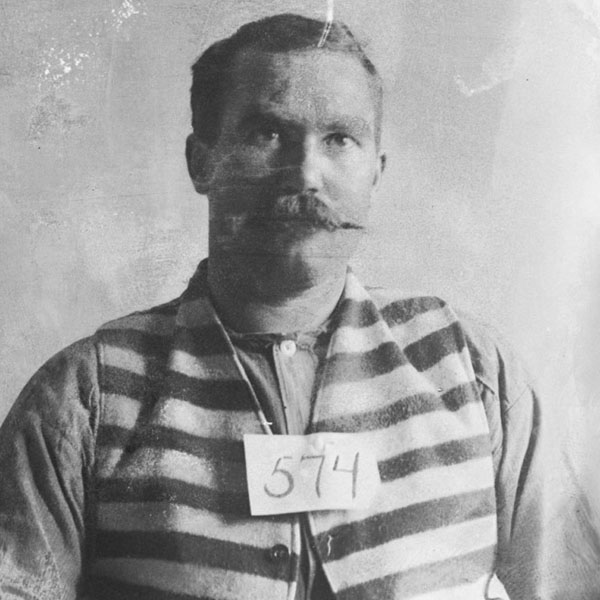 The article covers the story of Henry Rhodes "Bub" Meeks, a lesser-known member of the loose network of outlaws known as Butch Cassidy’s Wild Bunch, or the “Hole in the Wall Gang.”

In its collection, the museum has a rifle believed to have been Meeks’s:  a Model 1894 Winchester lever-action carbine chambered for the .25-35 cartridge.

Meeks was something of a “hard luck” outlaw. On August 13, 1896, he, Cassidy, and a third outlaw named Elzy Lay robbed the Montpelier Bank in Montpelier, Idaho, and got away with $7,000. The following year, with two different accomplices, Meeks robbed a store in Fort Bridger, but this time he was caught, found guilty at trial for the Montpelier holdup, and sentenced to 35 years in the Idaho State Penitentiary.

What followed for Meeks over the next seven years was a series of attempts at escape and suicide. During one attempted escape, a prison guard shot him in the leg, which was later amputated. Declared insane, he was committed to the Idaho Insane Asylum. In 1903, he stole his doctor’s horse and escaped to his family’s ranch in Uinta County, Wyoming. Idaho authorities, though, showed little interest in a recapture and left him unmolested.

In June 1911, Meeks was traveling in Wasatch County, Utah, with an ex-convict named Ab Murdock when Murdock was shot and killed by a deputy sheriff. Meeks fled north toward Wyoming, but his horse gave out in the Uinta Mountains. Walking north on a peg leg and carrying a heavy single-shot rifle, he encountered two sheepherders. One of them traded Meeks the museum’s Winchester for his single-shot.

Meeks was committed to the Wyoming State Hospital for the Insane in Evanston, where he died just over a year later. The rifle was recovered by Joe Davenport, who served as a deputy sheriff in Moffat County, Colorado, and Sweetwater County, Wyoming, and as a police officer in Rock Springs, Wyoming.

Currently on display at the County Museum, the carbine was donated in 1970 by Margaret Roe, the widow of Dr. T.H. Rowe, Mayor of Rock Springs from 1941 to 1945. Sweetwater County Historical Museum Director Dave Mead said the article - and many others devoted to Wyoming history - can be found on the WyoHistory.org website at

The Sweetwater County Historical Museum is located at 3 E. Flaming Gorge Way in Green River. Hours are Tuesday through Saturday, 9:00 AM to 5:00 PM and admission is free.