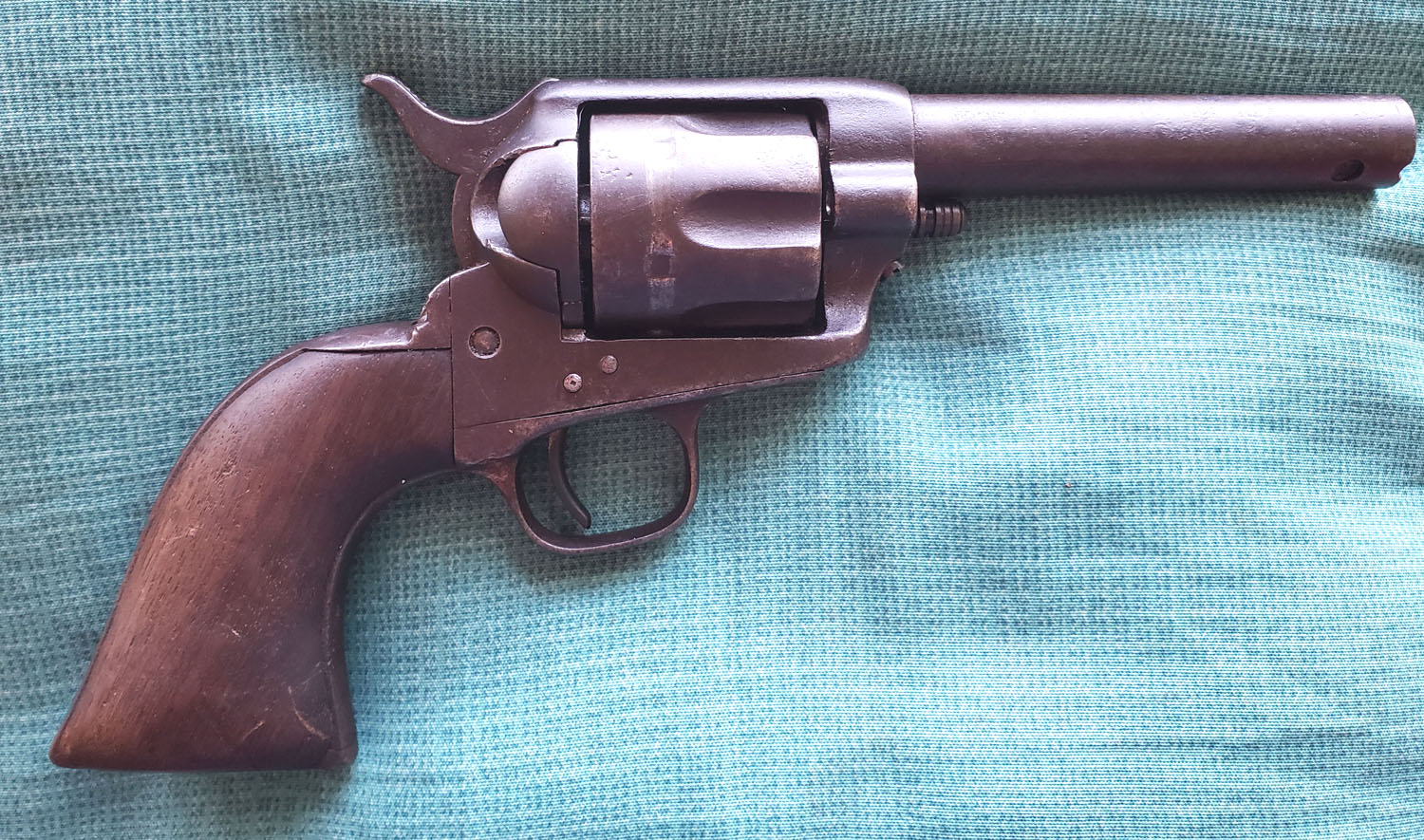 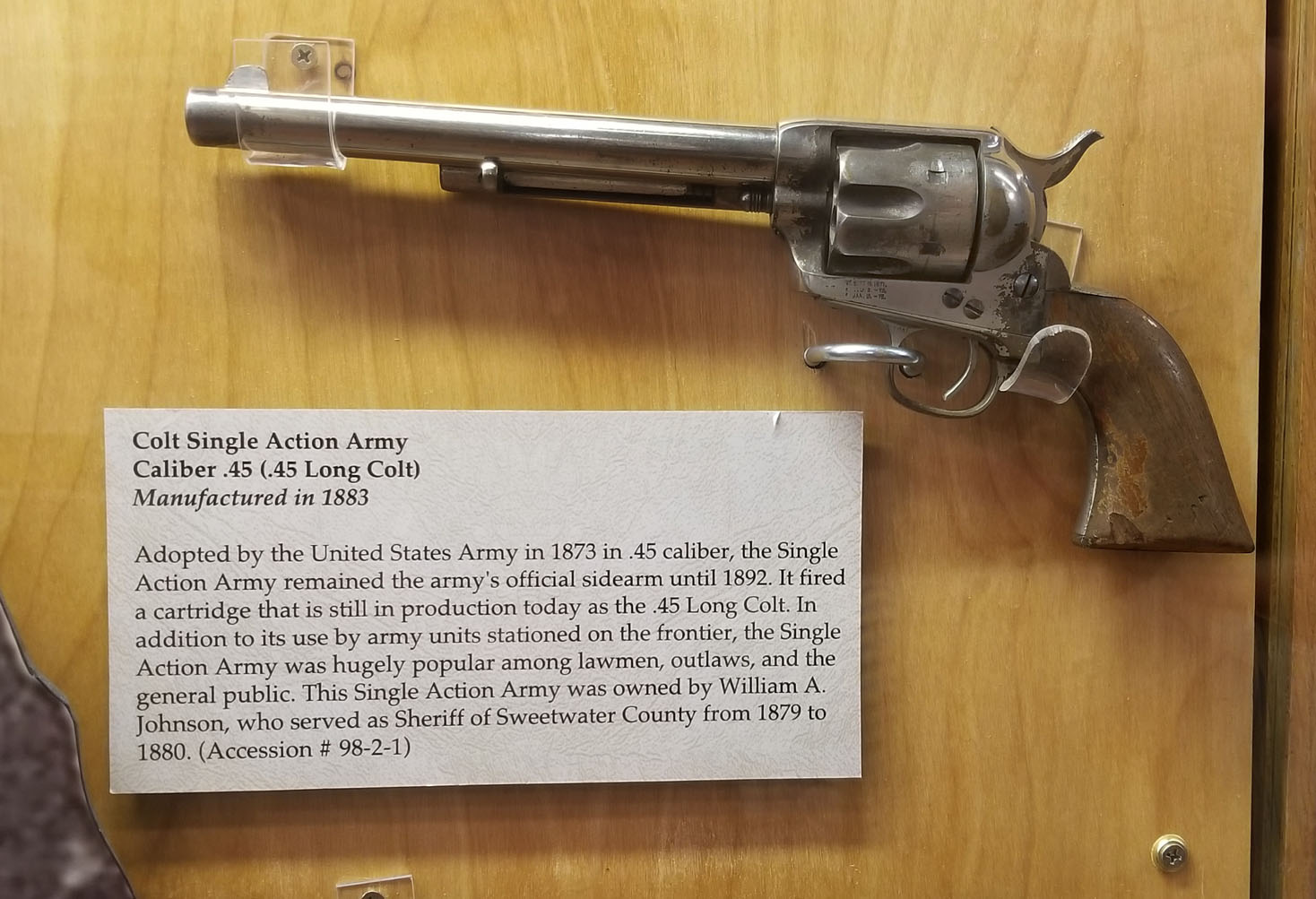 Photo #1 - .45-caliber Colt Single Action Army, manufactured in 1874. The front sight and ejector rod and housing are missing. They were possibly removed intentionally to improve the shooter’s draw.

Photo #2 - Single-Action Army revolver on exhibit at the Sweetwater County Historical Museum, once the property of Sheriff William Johnson.

Museum staff determined the handgun to be a .45-caliber, six-shot Colt Single Action Army single-action revolver, perhaps the most iconic handgun in American history. Museum staff assessed that it was manufactured in 1874.

In 1872, needing to replace its percussion revolvers and cartridge-converted percussion revolvers, the U.S. Army held revolver trials. The design selected was that submitted by Colt, created by William Mason and Brinkeroff Richards. As adopted, the new handgun, officially designated the  “New Model Army Metallic Cartridge Revolving Pistol,” was chambered for the then-new .45 cartridge, and fitted with a 7½” barrel. It was formally adopted in 1873, remained the official Army issue until 1892 and a substitute standard for a good many years thereafter. It became available for civilian purchase not long after the Army adopted it, and was a favorite with the shooting public, coming to be known as the “Peacemaker Colt.”

The standard barrel lengths for the Single Action Army were 3", 4¾", 5½", and 7½”; this SAA features a 4¾" barrel. The front sight and the ejector rod and its housing are missing. It is possible they were removed intentionally, as, reportedly, some owners did so to - in theory, at least - facilitate a faster draw, especially from a pocket.

The Colt’s owner believes it may have belonged to a famous western gunfighter. While such claims are usually very difficult to confirm, Cinderella stories with happy endings do exist. In 1962, for instance, an Illinois man named Paul Pasko bought was thought to be a run-of-the-mill SAA that turned out to be a bonafide Bat Masterson gun that sold at auction this year for just over $375,000. (For details, including an image of Masterson’s handwritten 1885 order to Colt, go to  https://www.bonhams.com/auctions/27262/lot/14/ .)

The museum has a Single Action Army currently on exhibit, a nickeled .45 that belonged to William Johnson, who served as Sheriff of Sweetwater County from 1879 to1880.

People with a vintage firearm (or firearms) who would like to learn more about them are encouraged to contact the museum at (307) 872-6435 or via email at This email address is being protected from spambots. You need JavaScript enabled to view it.. There is no charge for the museum’s firearms research service.