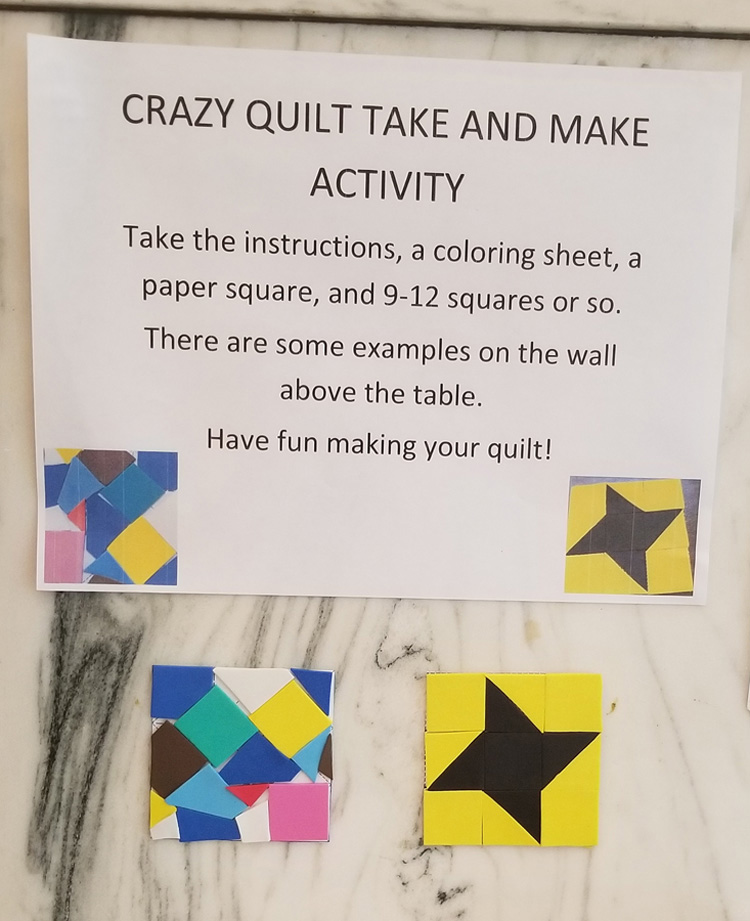 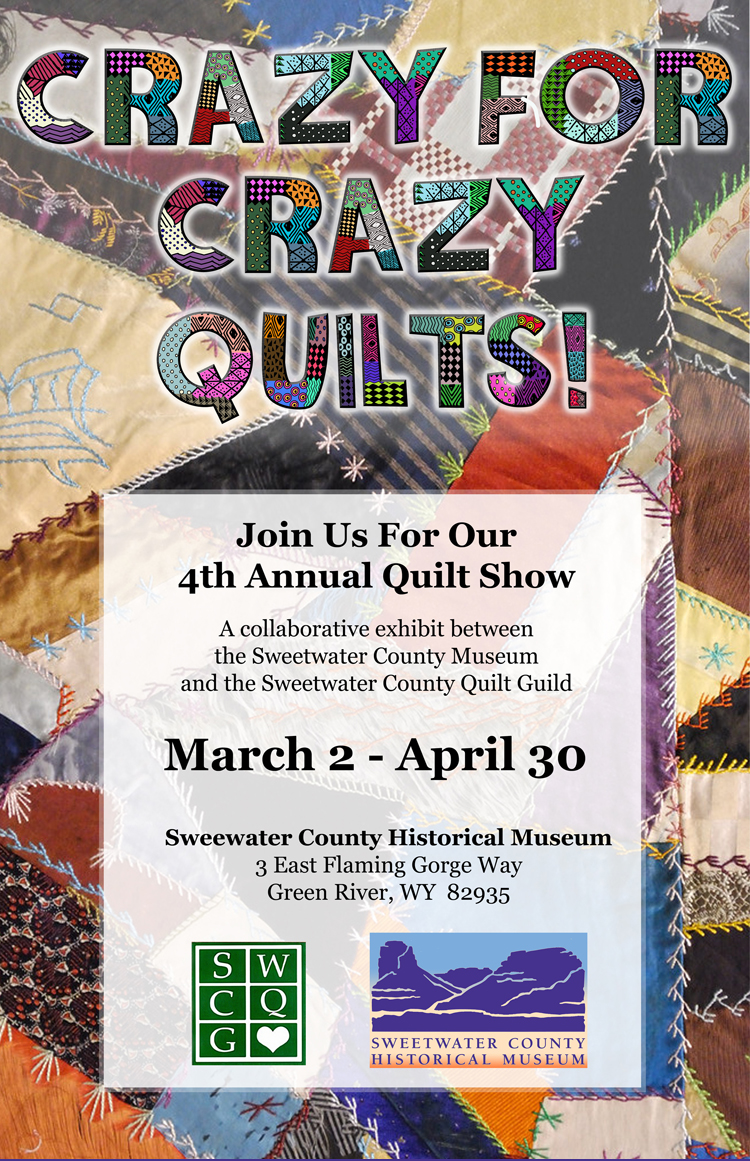 “Crazy for Crazy Quilts,” the museum’s fourth annual quilt exhibit in partnership with the  Sweetwater County Quilt Guild, opened on March 2nd. Many who came to see this year’s displays asked about a quilting project for kids, so Public Engagement Coordinator Aidan Brady created one.

The take-home micro-quilt kits are made of paper and foam, require no sewing, and come complete with instructions. To pick up one or more of these free kits - and check out “Crazy for Crazy Quilts” -  stop by the museum, located at 3 E. Flaming Gorge Way in Green River. Museum hours are Tuesday through Saturday, 9:00 AM to 5:00 PM, and there is no charge for admission. 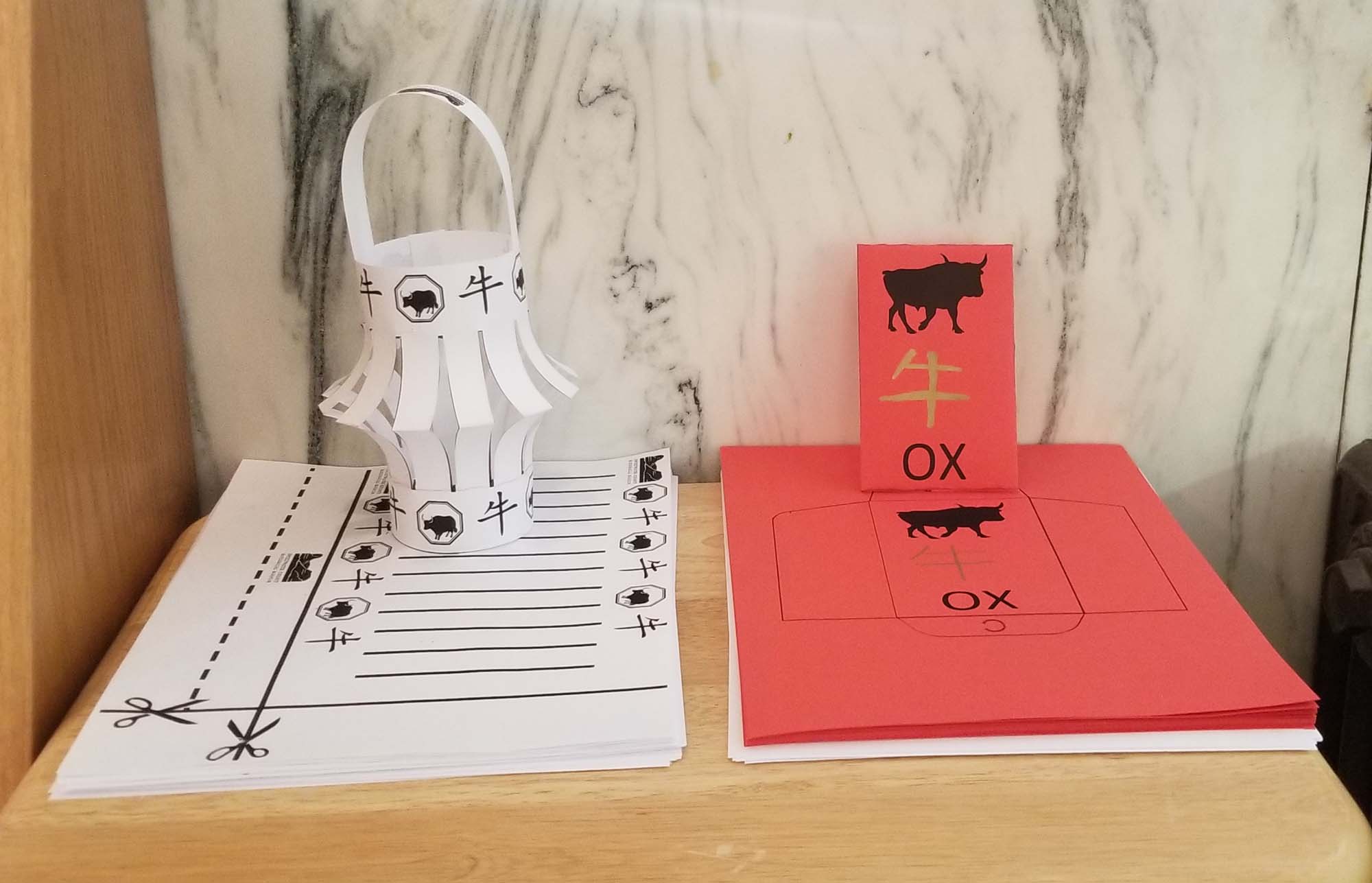 (Sweetwater County, Wyo. - February 10, 2021)     February 12 marks the beginning of the Chinese New Year and, as part of its ongoing outreach program, the Sweetwater County Historical Museum in Green River is marking the occasion with Chinese-themed paper craft projects for children to take home and build themselves.

Staff members at the museum have created paper kits for Chinese lanterns and special envelopes called “red packets,” both which are adorned with Chinese characters and images of an ox, as 2021 is the Year of the Ox, according to the Chinese Zodiac.

Paper lanterns have been a tradition in China for 2,000 years, particularly during festivals. One traditional story is that of a girl who warned the emperor that an evil monster was about to destroy the city. To confuse the monster, the people made many paper lanterns to make it appear that the city was already on fire. Today paper lanterns of many shapes are commonly used as part of the celebration of Chinese New Year.

Red packets are another tradition of the Chinese New Year. The packets contained money or candy and were meant as gifts for children to help bring good luck; red being a lucky color in Chinese culture.

There is no charge for the kits. The museum is located at 3 Flaming Gorge Way in Green River; winter hours are Tuesday through Saturday, 9:00 AM to 5:00 PM, and admission is free. For any questions about the kits, call (307) 872-6435 or email the museum at 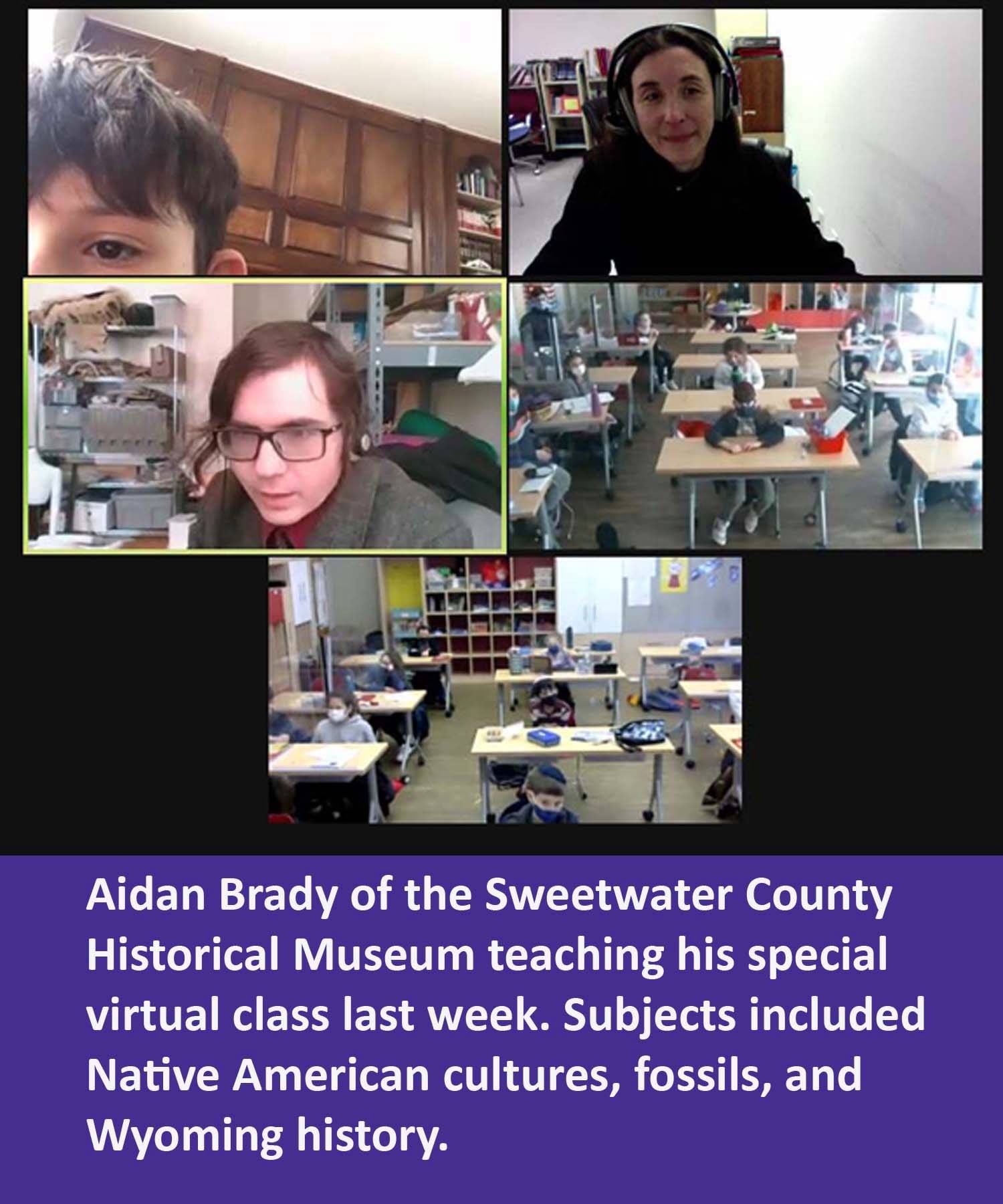 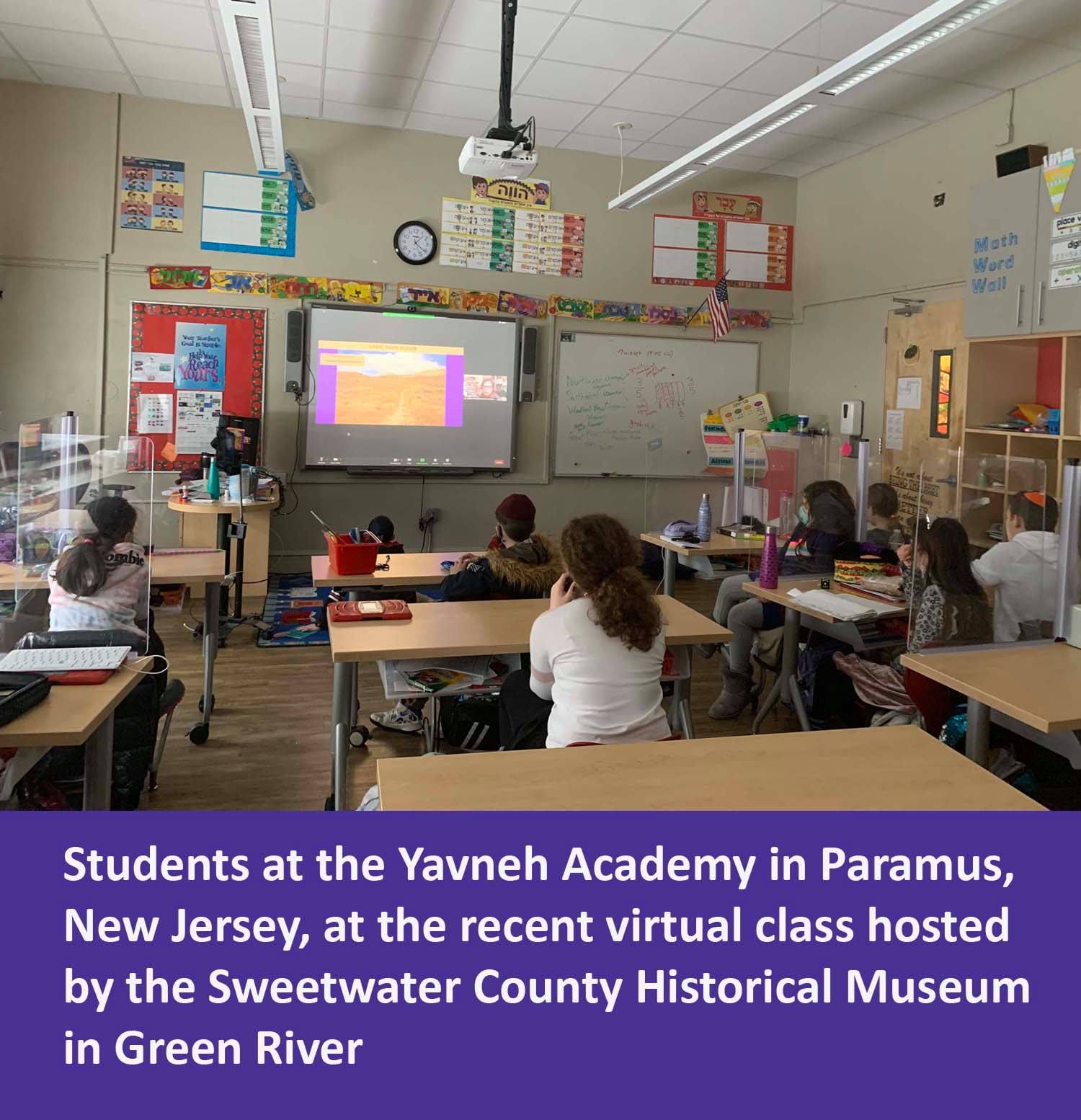 Late last year, County Museum Public Engagement Coordinator Aidan Brady was contacted by the Yavneh Academy in Paramus, New Jersey, a community about the size of Rock Springs located some 15 miles from New York City. The Academy had heard of the museum’s educational outreach programs via the Internet and expressed interest in arranging special virtual presentations.

Subject matter was discussed and finalized; the topics Brady covered through an online link encompassed Native American cultures from all over the United States, geology, fossils such as Knightia and Stromatolite, geology, and Wyoming history. The students had many questions, and the Yavneh Academy pronounced the long-range classroom a great success

At a time when in-person museum visits can be problematic for student groups, virtual classes and presentations offer effective alternative strategies. Educators, parents, and parent-teacher groups who are interested in learning more about programs for students Grades K - 12 are encouraged to contact the museum at (307) 872-6435 or via email at This email address is being protected from spambots. You need JavaScript enabled to view it..

75 participate in online County Museum “Coffee With the Curator” event 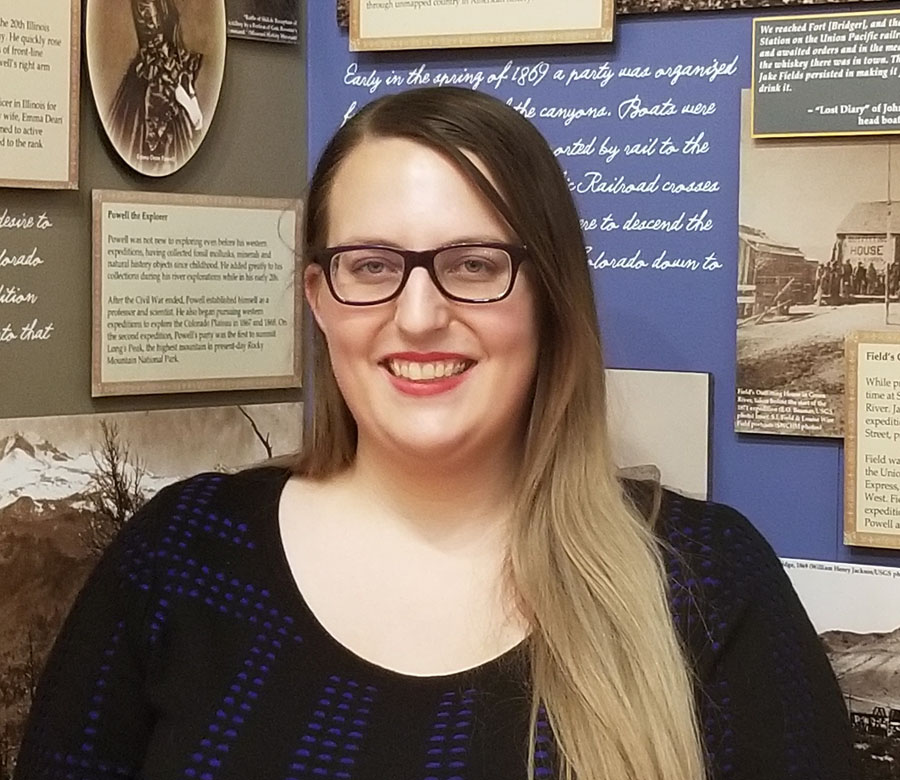 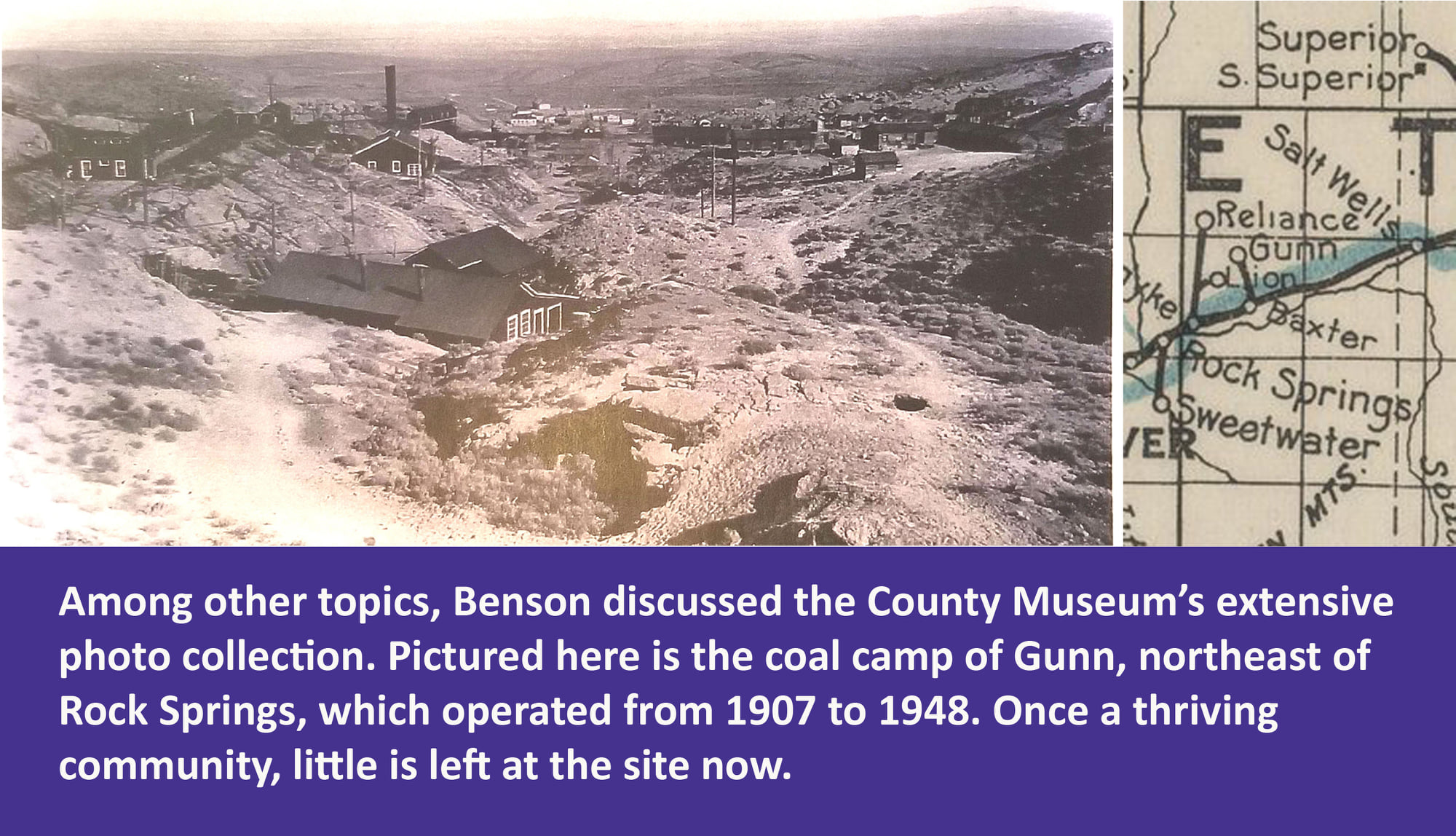 January 15, 2021
75 people took part in a recent Facebook livestreamed event created by the Sweetwater County Historical Museum in Green River.
Amanda Benson, the museum’s curator, took questions across a broad range of topics, including the duties of a curator, genealogical research, the museum’s extensive collection of historical photographs, care and preservation of artifacts, historic documents, and the museum’s volunteer program.
Before the onset of the Covid 19 epidemic, “Coffee With the Curator” was an “in-person” event at local coffee shops. “We’re continuing to expand our outreach strategies,” Benson said, “and we were very pleased that so many people responded.” The livestreamed “Coffee With the Curator” event can be viewed on the museum’s Facebook page at Facebook@SWCHM .
In addition to its social media presence on Facebook, the County Museum maintains a YouTube channel at www.youtube.com/channel/UCASN18SFE4uVzY5Ny7T6YSA . Videos and video series produced by museum staff include “Guns of the Old West,” “Sweetwater History Snapshots,” “Wyoming History Trivia,” and features about explorer John Wesley Powell and Nellie Tayloe Ross, the first woman governor in American history. Additional Information about the museum’s outreach programs be found on its website at https://sweetwatermuseum.org/index.../learn/digital-outreach .
The next “Coffee With the Curator” event is being planned for the spring; the date and time will be announced in the near future.
Located at 3 E. Flaming Gorge Way in Green River, the Sweetwater County Historical Museum is open Tuesday through Saturday from 9:00 AM to 5:00 PM. There is no charge for admission.