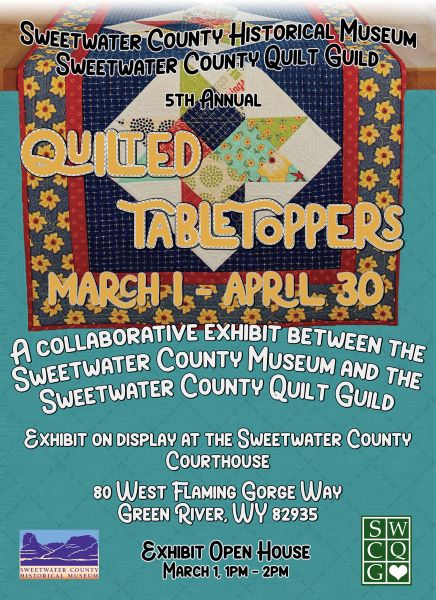 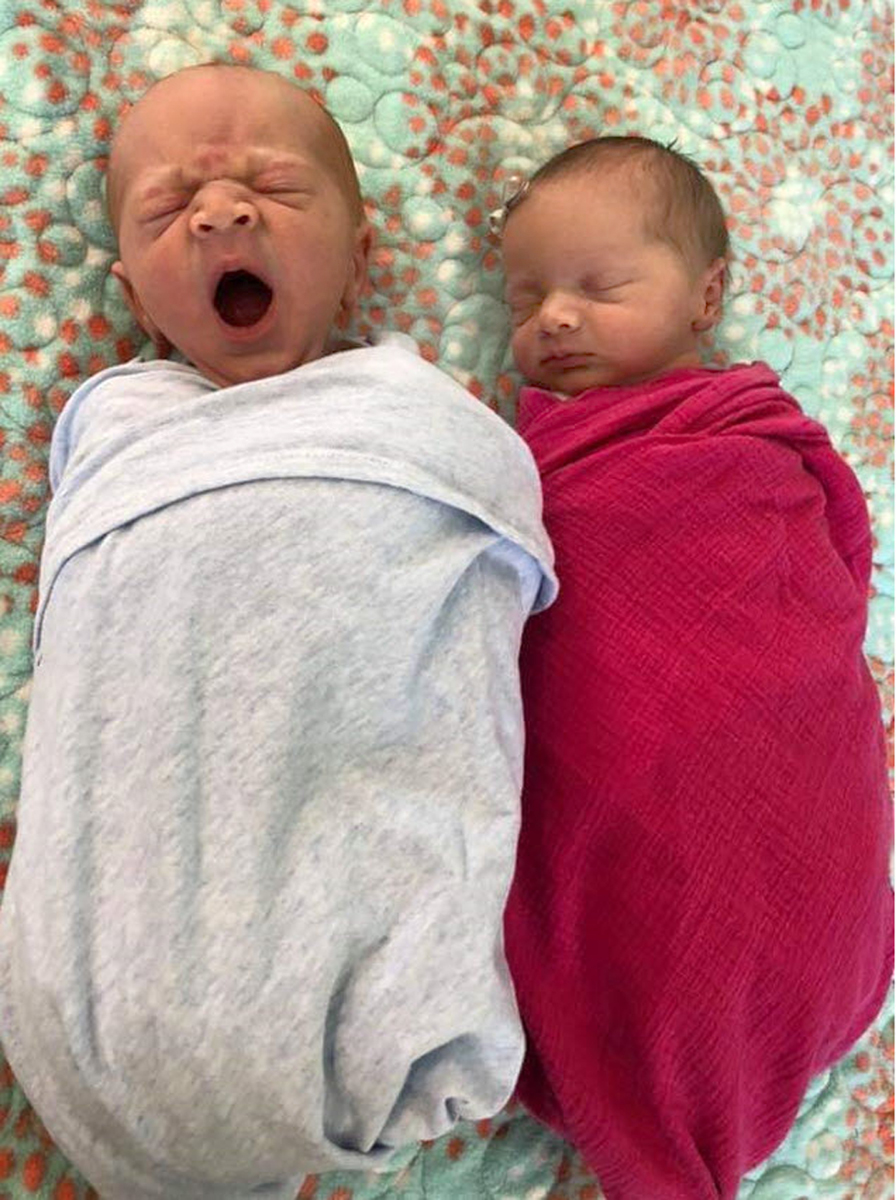 Graphic 1 - “Quilted Tabletoppers,” the 5th Annual Quilt Exhibit, will be held this year from March 1 through April 30

Photo 2 - Two young Sweetwater County residents modeling a quilt from this year’s exhibit. One of them appears ready for a break!

Members of the Quilt Guild have been hard at work for months, and Museum staff are busy preparing the exhibit.

Mead said the exhibit will be open to the public during normal courthouse business hours from March 1 through April 30, with an open house scheduled for 1:00 PM to 2:00 PM. Museum staff members will be on hand, and light refreshments will be served.

For additional information, call (307) 872-6435 or contact Museum Curator Amanda Benson by email at This email address is being protected from spambots. You need JavaScript enabled to view it.. You may also visit the museum website at www.sweetwatermuseum.org or its Facebook page at Facebook @SWCHM.

Buckboard was once home to a hotel 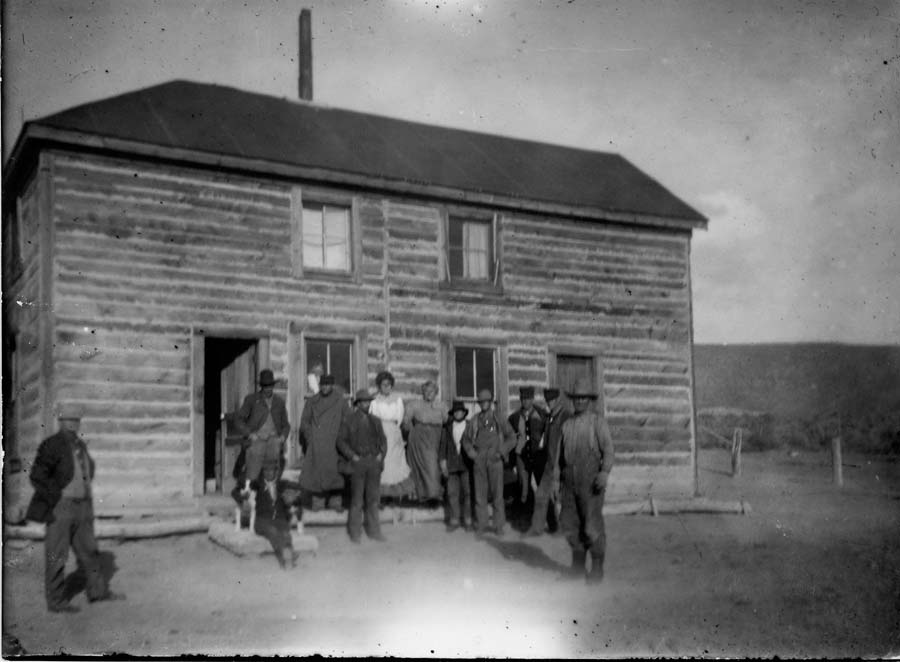 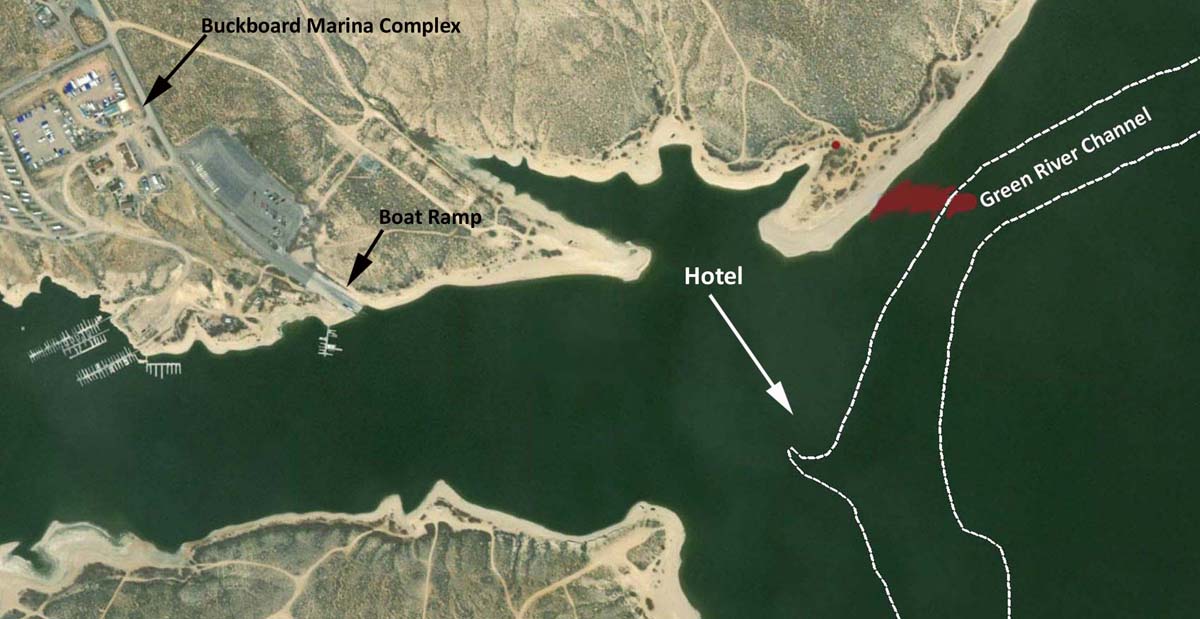 Photo #1 - The Buckboard Hotel (sometimes called the Halfway Hotel) at Buckboard on the west bank of Flaming Gorge, 20 miles south of Green River and about halfway to Manila and the now-submerged town of Linwood

In the days before automobiles and roads suitable for them became practical, horseback or horse-drawn wagon or buggy travel from Green River to the Utah communities of Manila and Linwood in Utah meant a two day-trip. Halfway between was Halfway Hollow and Buckboard Crossing, where a ferry across the Green River operated. (Buckboard was also the site where the old Cherokee Trail crossed the Green.) Travelers and freighters hauling goods off-loaded at the Union Pacific train station in Green River to what would become Daggett County customarily camped at Buckboard and continued their trek south the next day.

A freighter named Peter Wall saw an opportunity and built a two-story hotel at Buckboard in 1912. Though his idea was a good one, his timing was less than ideal; travel by automobile and trucks became more widespread over the years and business dropped off. The hotel soldiered on, however, hosting dances and other social events up through the 1950s, as described by historian Roy Webb in his excellent work Lost Canyons of the Green River, the hotel was torn down when the Flaming Gorge Dam was under construction, a process that began in 1958 and finished in 1962.

The hotel site is now under water and the ferry is long gone, but Buckboard lives on in the form of the Buckboard Marina and the public boat ramp there. 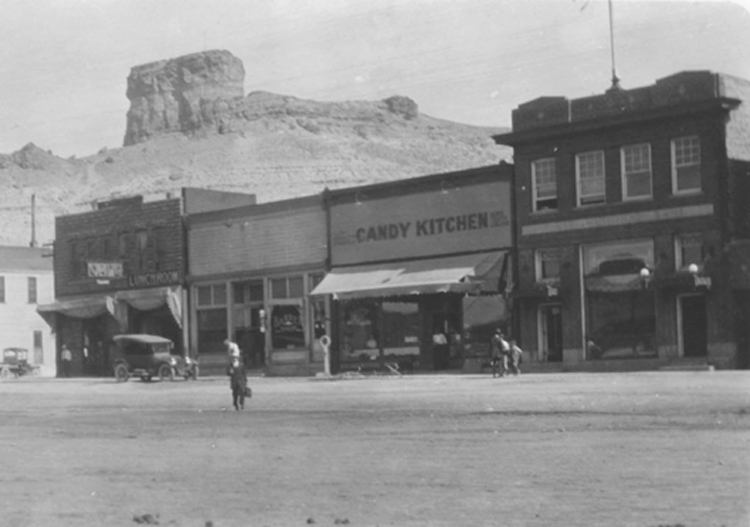 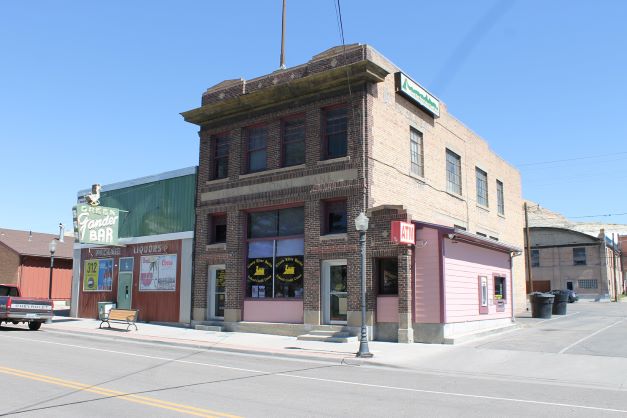 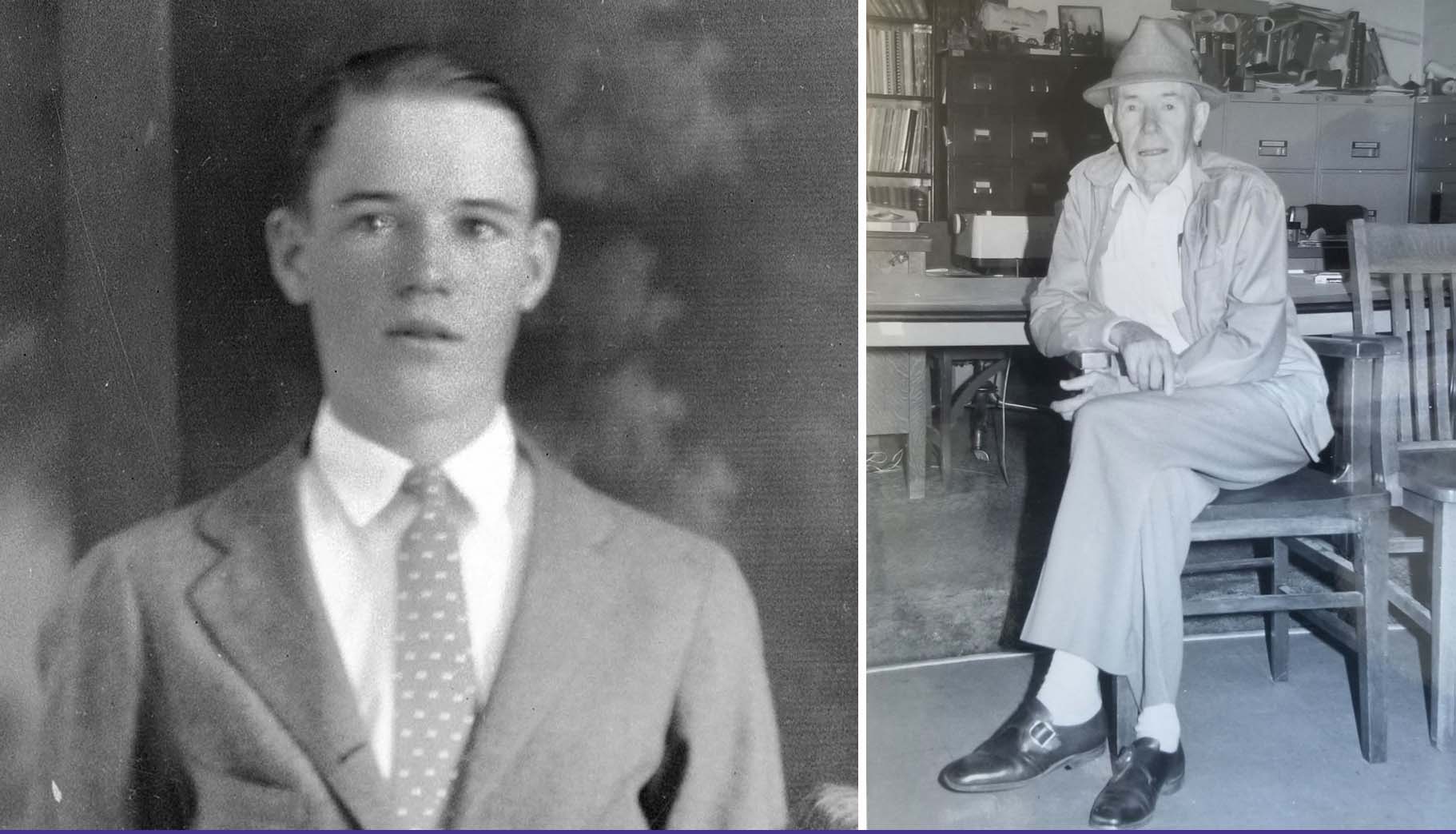 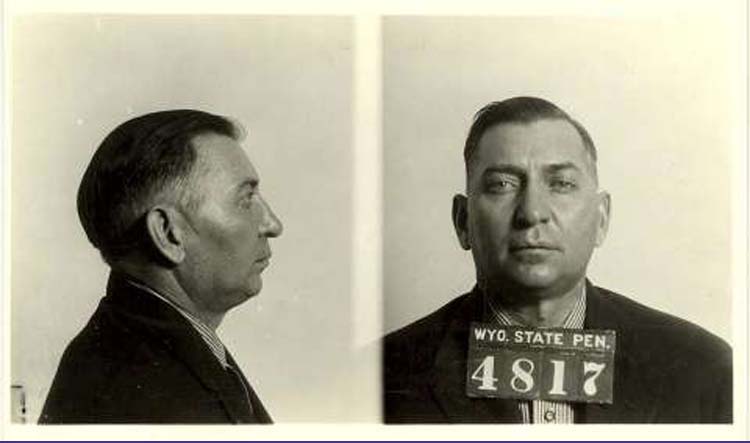 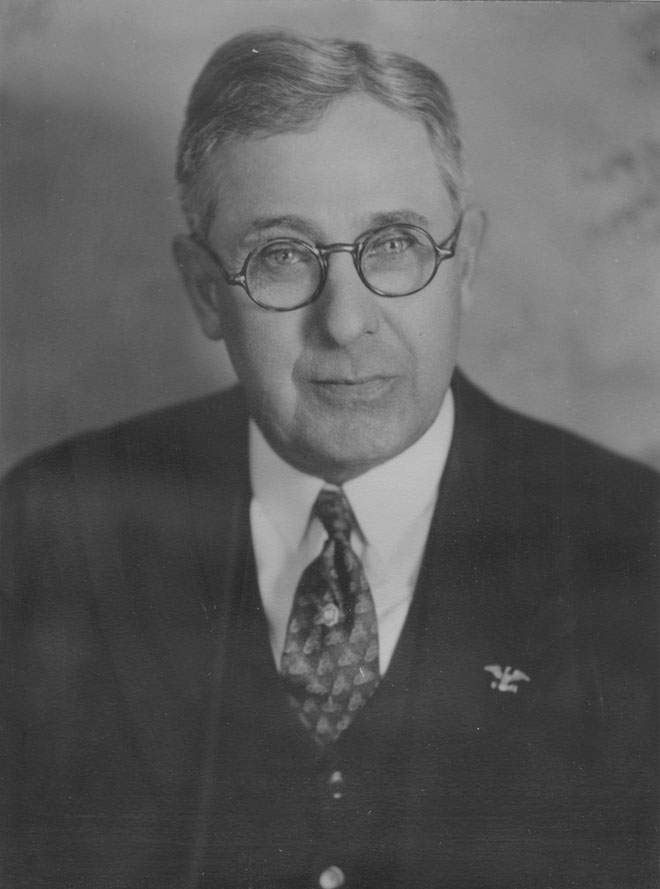 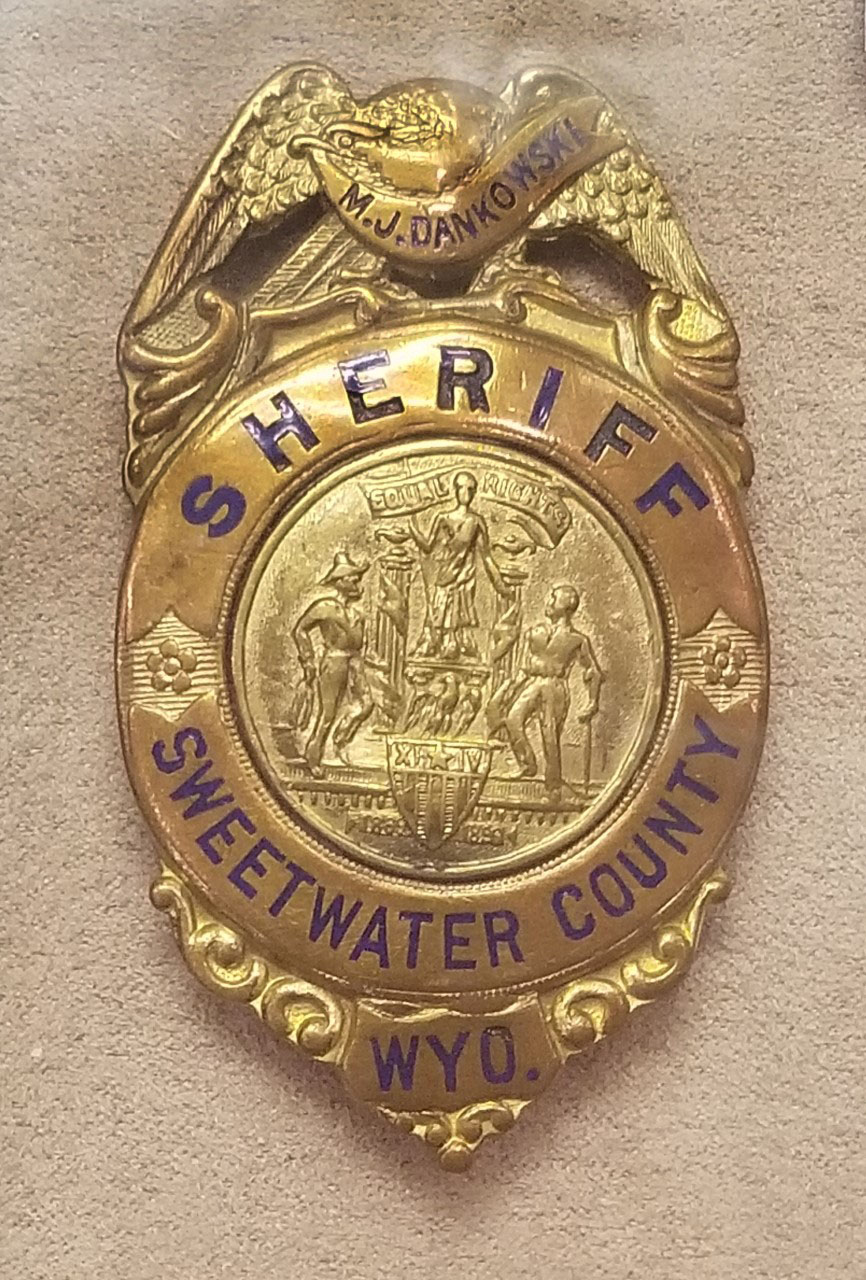 Photo #1 - A Prohibition-era photograph of Railroad Avenue in Green River. At right is the First National Bank, next door to the Candy Kitchen. Prior to Prohibition and once again after its repeal, the Candy Kitchen was the Green Gander Bar, which remains open today.  (Sweetwater County Historical Museum Photo)

(Sweetwater County, Wyo. - January 21, 2022)      A Depression-era April Fool’s Day bank robbery in Green River and the chain of events that followed it are the subject of a new article on WyoHistory.org, the Sweetwater County Historical Museum reported on Friday.

Early on the afternoon of Saturday, April 1, 1933, 29-year-old cashier Ed Taliaferro had just locked up the First National Bank on Railroad Avenue when two men rapped at the door. They were there to inquire about a rental property managed by the bank, they said. When Taliaferro let them in, one of them produced a gun and the pair forced him into the bank’s vault, where they tied him up and helped themselves to just under $20,000 in cash, (well over $400,000 in 2022).

The two robbers, later identified as Jim Stoddard and Harold Bradbury, made a clean getaway in a stolen Reo four-door and drove to Rock Springs, where they met up with James Costin, a career criminal who had masterminded the holdup.

Taliaferro managed to free himself and spread the alarm, though at first some did not believe him, thinking he was engaging in an April Fool’s Day prank.

Costin, Stoddard, and Bradbury were later arrested and brought to trial. Stoddard and Costin were convicted and received prison terms, but Bradbury was acquitted when several witnesses were unable to identify him. 10 months later, on February 12, 1934, Costin and two other prisoners escaped from the Sweetwater County Jail in Green River. Sheriff Mike Dankowski tracked him to Denver, where he was recaptured in March.

The story then took a strange turn when, at the Wyoming State Penitentiary in Rawlins, Costin told Warden A.S. Roach that he’d been kidnapped while hiding out in Denver by three men who “demanded money from him on the threat of turning him over to the police.”  Costin’s claim was taken seriously, and three men were ultimately charged in federal court with his kidnaping. Two of the three were convicted and received 11 years in Leavenworth.

While Costin received a sentence of eight to 10 years in District Court for the Green River robbery, he was released in 1938 and wasted no time in resuming his criminal career. Over the years he engaged in check forgery schemes in Wyoming, Idaho, Oregon, Utah, South Dakota, Nevada, and Washington, was arrested, and served more prison time. He died in 1952 at age 65.

“A Bank Robbery and its Mastermind,” by former Sweetwater County Historical Museum Executive Director Brigida R. (Brie) Blasi of the University of Wyoming’s American Heritage Center, appears on the WyoHistory.org website at

WyoHistory.org, a project of the Wyoming State Historical Society, is an exhaustive online resource for articles and information on Wyoming history. 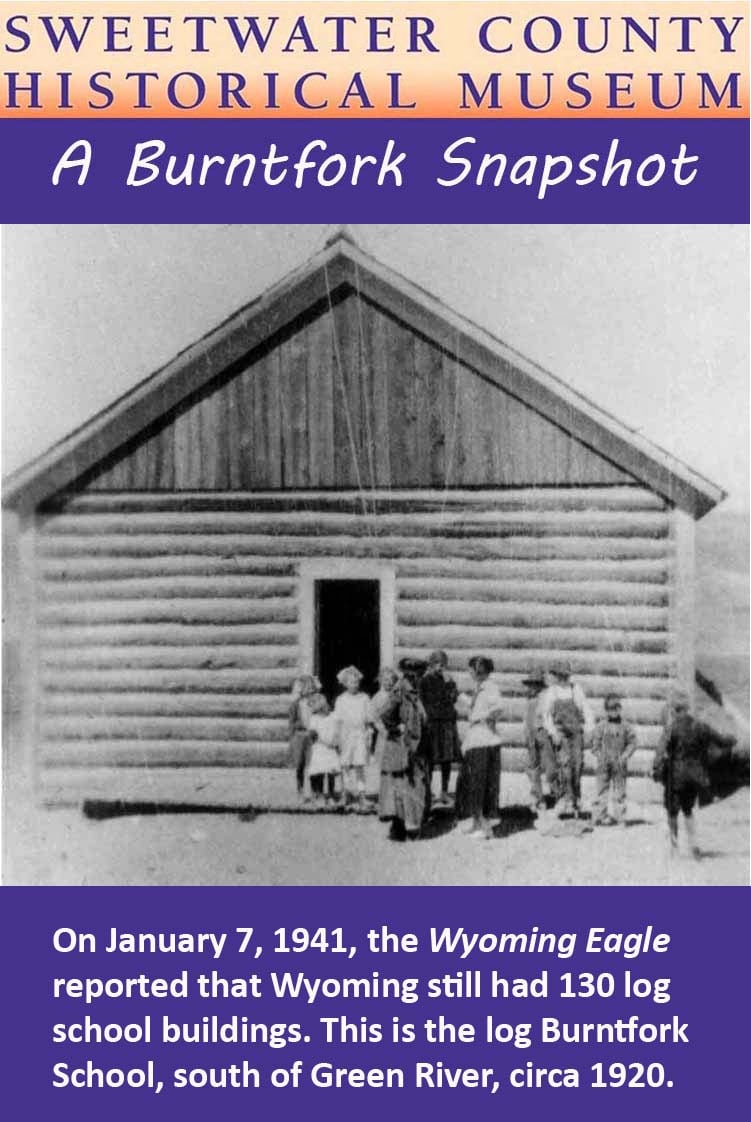